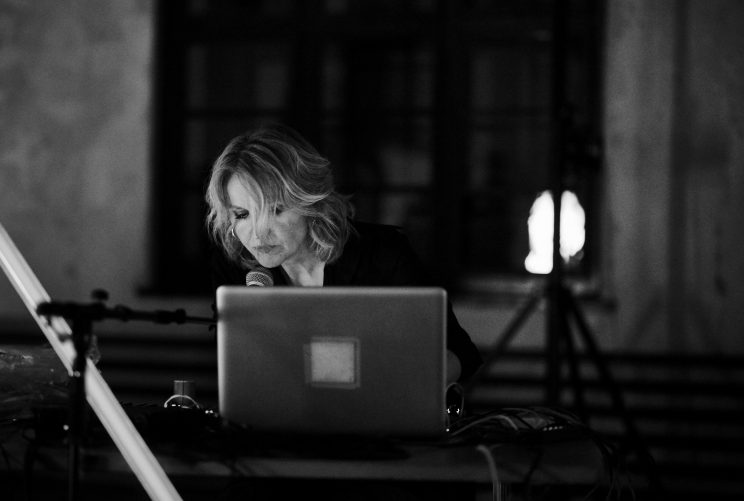 Martina Claussen is a mezzo-soprano, vocal artist, composer and composer- performer.
The focal point of her work lies in the interaction of her own voice, which also is the main sound source of her electroacoustic compositions, and live electronics.
She studied voice, vocal pedagogy, computer music and electronic media at the University of Music and Performing Arts, Vienna.
Her compositions have been broadcasted by various radio stations in Europe and have been selected to be played at international Festivals such as Festival Futura 2015 and 2017 (Crest, France), Ars Electronica 2017 and 2018 Austria,
BIMESP XI Bienal Internacional de Música Electroacústica 2016 de Sao Paulo (Brazil) and the New York City Electroacoustic Music Festival 2016, 2017 and 2018 (USA).
She works at the University of Music and Performing Arts Vienna where, since 2009, she holds the position of ao.Professor of Voice. 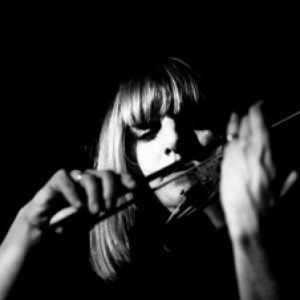 After training in classical music for 1O years, she graduated at the Bourgoin-Jallieu School of Music, France, in 1995. Later on, she was exposed to improvised music and to the experimental scene. Inspired by a world both enchanting and draped in darkness, she has developed a wide range of sound textures, unique and melodious, creating unconventional and magnetic musical pieces reflecting a personality in constant search of rareness in music. Her concerts are a musical gift to many festivals in France and abroad, with intrepid and fascinating performances.

In 2007, her encounter with the drummer and composer Jonathan Kane was crucial in leading her to collaborate with the record label TABLE OF THE ELEMENTS with whom she released her third album This Silver String in October 2008. It was widely acclaimed by the press and presented in tours throughout US and Europe.

Her electronic project  called OFIELD mixes environmental sounds with effects and loops, creating new kinds of soundscape for an imaginary land. This project was born after she graduated from Bernard Fort’s Electroacoustic Composition class in summer of 2015.