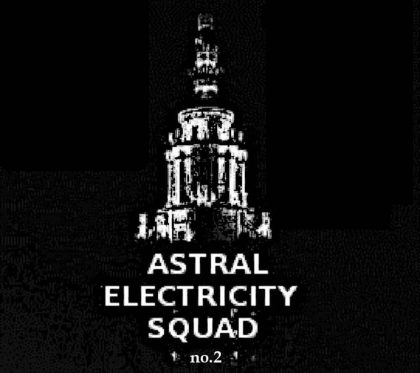 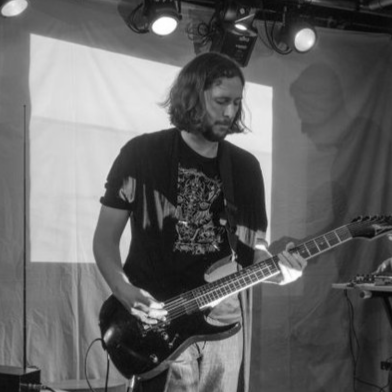 Best known as one half of the eclectic prog-ambient experiment that is The Resonance Association, Dominic Hemy has begun to slowly build a reputation as a solo artist too. 2019 will see the release of his third album under his own name, and this time heads in a more folky direction after the industrial aesthetics of 2015’s Deconstructing Obsession. Using Theremins, guitars and synths, along with anything else that makes a noise, Dominic crafts drone-fuelled, atmosphere-laden ambient pieces that draw on all manner of genres to colour and taint the aural landscapes.
https://dominichemy.bandcamp.com 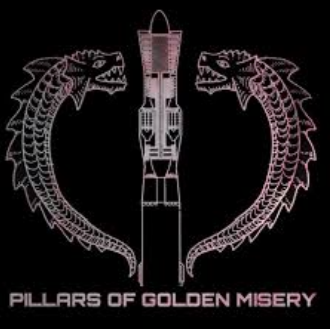 Howard Gardner first started to make electronic music in 2009 under the name of Non-Bio. This was an outgrowth of his work in making animated and experimental music videos and the desire to create a more immersive audio-visual experience. While Non-Bio explored rhythmic noise and industrial with vocals, his new venture Pillars of Golden Misery expands the ideas into a broader soundscape of death industrial and dark ambient. Expect circuit bent noise, mind expanding video projections and improvised pieces which explore the dimly-lit recesses of your soul.
https://www.facebook.com/PillarsOfGoldenMisery 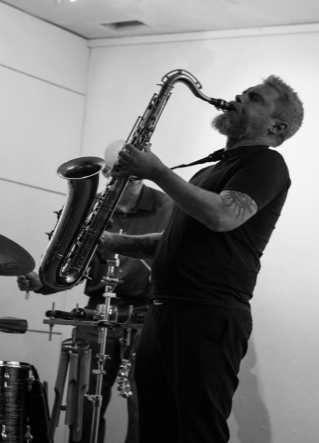 Rick Jensen is the founder and leader of improvising groups Apocalypse Jazz Unit, The Compulsive Ensemble and FAT COP, he performs electroacoustic music and makes films as The Oneirologist. Rick has been in many other groups in various styles of music since 1996 first in New Zealand and for the last 13 years in London. He’s also the founder of the SKRONK free improvisation nights and label. Mostly he plays saxophone, but has been known to mangle a guitar now and then. (Photo by Junko Rathmell)
https://youtu.be/CQAzdMm1JEI 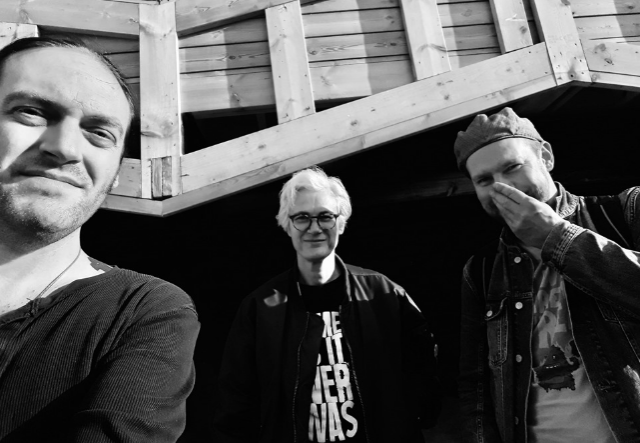 Howard Gardner and Misha MOX  Salnikov got to know each other via mrs vee label, where the albums of their projects have been released. Gardner is responsible for industrial outfit Non-Bio, whilst Salnikov has been creating quite different music with as/with MOX Salnikov, Poostosh, QUTH and Tooth Kink. Together they improvise with a vast range of devices (including circuit bent DIY machines) and record those peculiar dimensions in order to select best bits afterwards. The main genres are dark ambient, dub, musique concrete, industrial, noise etc. For the live performances they use the combination of Salnikov’s contemplating footage with Howard’s CGI creatures and landscapes. In 2018 they met Liz Helman. Liz Helman is a multi-disciplinary media artist, who is has always had an interest in ambient music and sound art as a form of expression. She creates ambient textures/drones from field recordings and other sources. Liz has released her latest album ‘Daylight Dreaming’ on Kohlenstoff Records (Montreal) in 2015. She took part in many festivals across the globe as a sound and visual artist. So new trio decided to gig together and in December 2018 they performed first time at The Others (Stoke Newington). This beautiful and intriguing concert is released on Bandcamp.
https://www.youtube.com/watch?v=L9HvfeLmhXU&t=3s
https://moxsalnikov.bandcamp.com/album/the-others-18 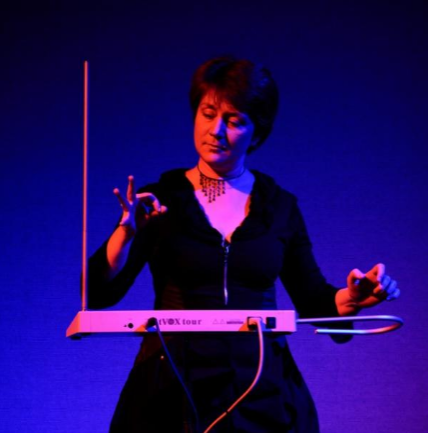 Russian-born and based in the UK, Lydia Kavina is currently one of the leading performing musicians on theremin. As a solo performer, Mrs. Kavina appeared at such prestigious venues as the Royal Albert Hall, Barbican, Metropolitan International Music Festival in New York, Amsterdam Concertgebouw and Bolshoj Theatre in Moscow. Her recent notable projects are theremin solo in Tim Burton and Danny Elfman show in the UK, as well as in ”The Little Mermaid”, a ballet by Lera Auerbach, choreographed by John Neumeier, in Copenhagen’s New Opera House, Hamburger Staatsoper and Beijing Opera and Ballet theatre . Mrs. Kavina holds a degree in composition from the Moscow Conservatory. She studied the theremin under the direction of Léon Theremin himself. Lydia is strongly committed to the theremin education. Her video tutorial “Mastering the Theremin” recorded with Moog Music in 1994 is widely used among beginning thereminists. She taught the theremin at Theremin centre of Moscow Conservatory and regularly gives master classes as part of the European Theremin Academy. Also Lydia is an active promoter of contemporary, experimental and improvisational music. She performed works by Cage, Gubaidullina, Varese. Messiaen… and played together with Messer Chups, Tom Waits, Gabriel Prokofiev, Alexei Borisov, Hoshiko Yamane, Sasha Pushkin, Sergey Letov, Eugene Voronovsky (Cisfinitum), Boris Grebenschikov, Sasha Pushkin and many others.
https://www.youtube.com/watch?v=EwdaGW-5f5I