Braided Sound will make its London debut at IKLECTIK.

BraidedSOUND is a series of improvisational site-specific experimental ensembles that operate off a graphic score designed by Jesse Perlstein. These performances celebrate collaboration, improvisation and interpretation, ensuring that each performance is a unique experiment unto itself. Braided Sound also strives to be as global as possible, connecting artists from different backgrounds, genres and cultures both musically and spiritually. The London ensemble will be composed by Kate Carr, Rachael Finney, Jesse Perlstein, Harmergeddon aka Nathan Greywater & Fae Harmer.

Every performance is a chance to rethink the very building blocks upon which my compositional practice is founded, but invitational opportunities to perform with new creative collaborators in far away countries welcome both excitement and logistical challenges.

While this project draws on a deep familiarity with graphically notated score history, from that of Cage and Cardew and Stockhausen among many others, BraidedSOUND distances itself from the aesthetics and behaviors of “concert music” almost entirely—we are rather seeking to explore and define a contemporary use of the graphic score as a map, the compass and legend of which must be figured out with every single new performance, by every participating artist, together as a unit, in every new space and every different city, and using the hybrid sonic avenues of electronic and acoustic elements as its toolkit. 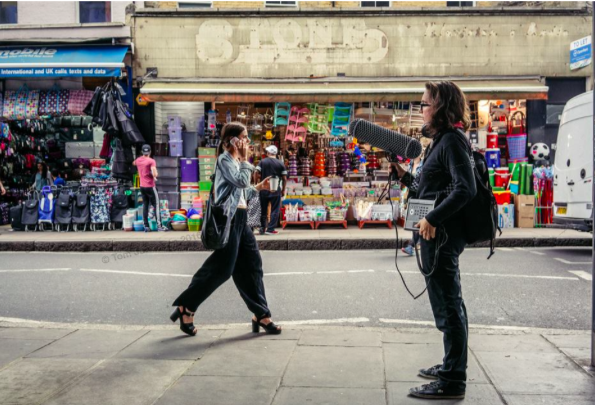 Carr has been investigating the intersections between sound, place, and emotionality both as an artist and a curator since 2010. During this time she has ventured from tiny fishing villages in northern Iceland, explored the flooded banks of the Seine in a nuclear power plant town, recorded wildlife in South Africa, and in the wetlands of southern Mexico.

Her work has been featured in The New York Times, The Wire,  Pitchfork, Fact Magazine, The Quietus, and The Guardian. It has also been played on the radio on stations ranging from various channels of the BBC, to independent stations in Estonia. Her music can be found on the labels Helen Scarsdale (US), Rivertones (UK), Soft (France) 3Leaves (Hungary) Galaverna (Italy) as well as on her own label Flaming Pines. 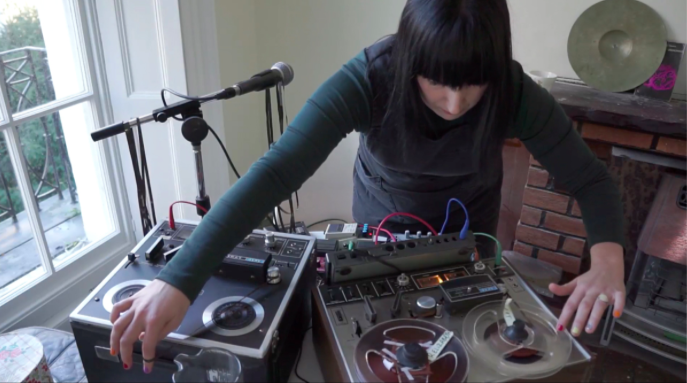 Rachael Finney is an artist and lecturer based in London. Her work frequently deals with the relationship between listening, voice and the body. Working across sound, video, installation and performance her work investigates the material qualities of the voice, often dissecting it and dividing it from language in order to interrogate it as a new acoustic object. Her work makes extensive use of reel-to-reel tape whereby she uses players to both process and present her work. Finney’s work has been utilised for both exhibitions and recorded media.

She also releases work under the moniker R Elizabeth and  has released work on Where To Now?, Home Normal and Cazenove and has a forthcoming release in 2019 on Nightschool records.

Rachael Finney is currently undertaking doctoral research in the department of Visual Cultures at Goldsmith College, London. Her research focuses on the sonic opacities of the Black female voice at Motown from 1962 – 1971. 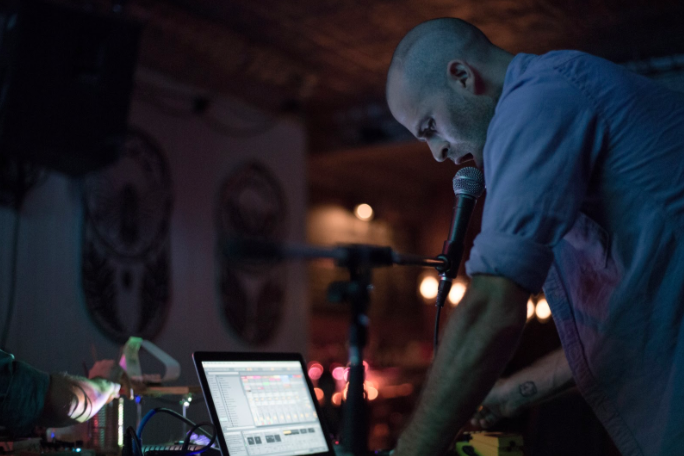 Jesse is a multi-disciplinary artist born and based out of New York City. He has spent the last decade creating cross-genre works that often blend the mediums of sound, visual art, prose & interactive room installations, focusing on the confluence between fantasy and reality and exploring their inseparable tangle. In his sonic art he works mostly with field recordings and vocal composition in his film scoring and live performance. Most prominently his stylings can be heard as ⅓ of the neo-classical trio Sontag Shogun which has toured all over the world and continues to release music. He is also the curator/creator of Braided Sound, a series consisting of combining graphic scores and improvisational ensembles. 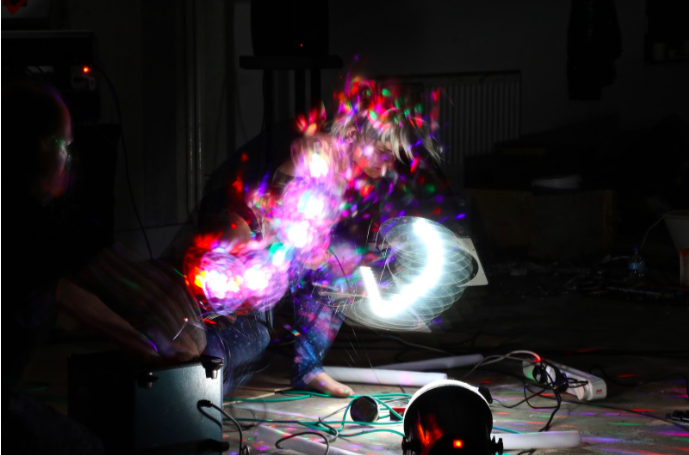 Their live show blends sound, lighting and performance art in a feedback loop using photophonics (sound carried on light beams), electro magnetic fields and consumer electronic junk, all formed on the basis of improvisation and psychedelia; the result verges on intense spectacle or even sensory overload. 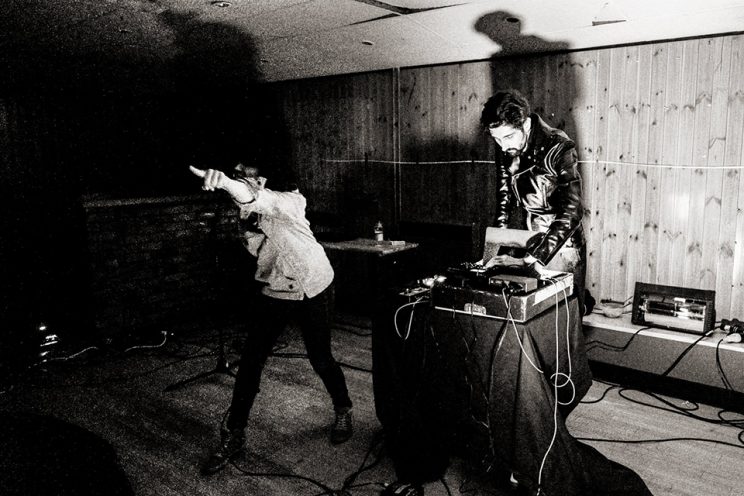 Miguel Prado (Nzumbe) and  Dali de Saint Paul (EP/64, Viridian Ensemble & DSC)  met in Bristol in 2016 and became friends. Both musicians, theyve decided to play music together. At this time, they were really touched by the refugees crisis and the way immigrants were disregarded by Europe.

That’s how HARRGA -which means a burn in Darija (Moroccan dialect)- is born to pay tribute to despised people because they cross borders of all types. Their name also echoes “Harragas” which are the people who by crossing illegally borders have to burn the papers and therefore lose their identity.

“HARRGA is performing it music in honor of those who burn the border & keep indelible marks, glossolalia and xenoglossia. Diaspora of the future”

Héroïques Animaux de la Misère is their first LP and is going to be released by Avon Terror Corps this Spring,