The Workshop, although performed on Buchla Music Easel is applicable to all hardware in the Modular

and it’s application in recording and live performance contexts.

Participants at all skill levels are welcomed. (We all have to start somewhere!)

The Workshop is in two parts:

In this part of the Workshop, we will look at the separate function blocks of the 208

and explain their application within the Music Easel and in Modular Synthesis in general.

Explanation of the idea of Signal Path.

Getting your first sound on the Easel.

Different sections of the Easel – their functions and interactions.

Patching and use of CV – Sequencing, Gates, Timbre, Modulation.

How to allow 208 to receive note information from the 218. 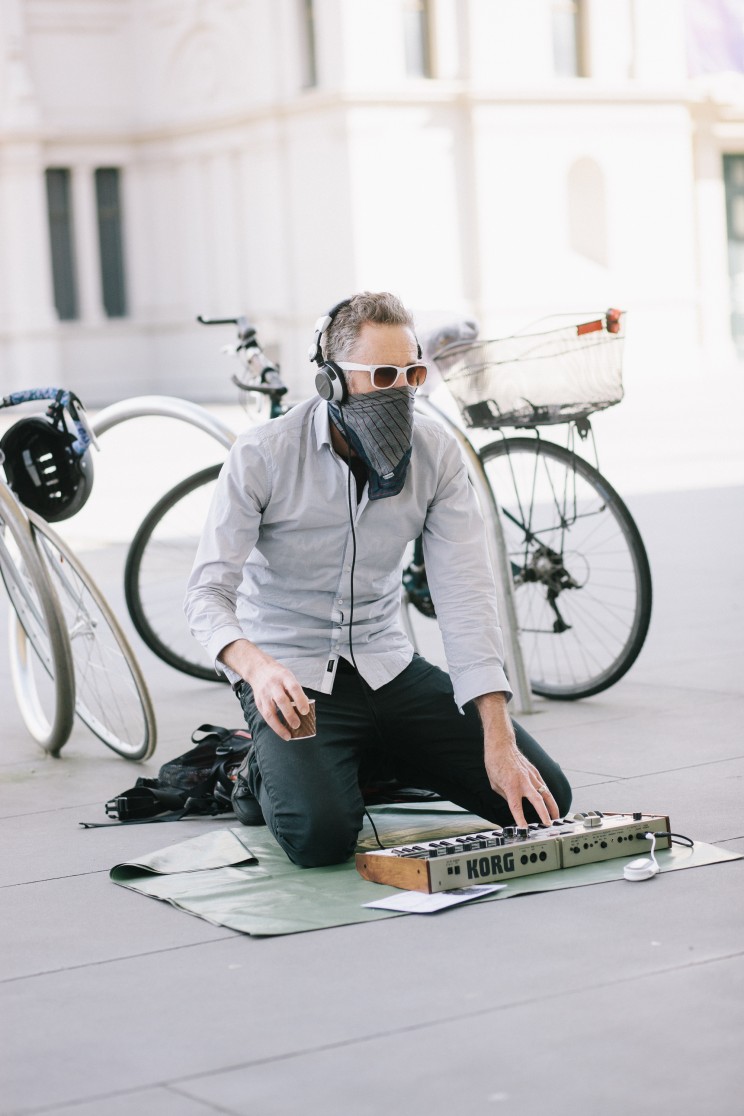 Stevie Richards is a Modular Synth Improviser and Saxophonist based in

lifetime musician, he was part of the 80’s Independent scene in Sydney,

where he developed an appreciation for improvisation and electronic music.

He has played for many years across Australia , USA , Europe and South East

Electroacoustic and many more.

as well as many solo performances. He played at Cave 12 in Geneva , Noodlebar in Rotterdam, DA Centre for

the Arts in LA , Control Voltage in Seattle and many other venues across US and Europe.

Portland and performed live to air on Portland Radio station XRAY FM. In

weekly night of avant garde and improvised musical performance) in

Melbourne for over 16 years as committee member and Sound Engineer.

Seven years ago, he began to build DIY Analog Synthesizers , which he now