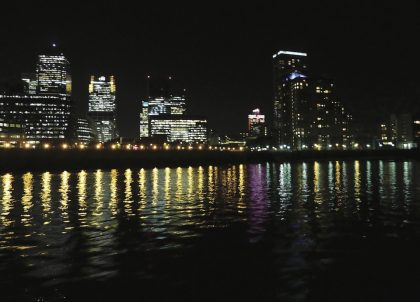 Carl Michael von Hausswolff was born in 1956 in Linköping, Sweden. He lives and works in Stockholm.

Since the end of the 1970s, Hausswolff has worked as a composer using the audio recorder as his main instrument and as a conceptual visual artist working with performance art, light- and sound installations and photography.

His audio compositions from 1979 to 1992, constructed almost exclusively from basic material taken from earlier audiovisual installations and performance works, consists essentially of complex macromal drones with a surface of aesthetic elegance and beauty. In later works, Hausswolff has retained the aesthetic elegance and the drone and added a purely isolationistic sonic condition to composing. Between 1996 and 2008 Hausswolff has boiled away even more ornamental meat from the bones: his works are pure, intuitive studies of electricity, frequency functions and tonal autism within the framework of a conceptual stringent cryption. Lately he has also developed a more conceptual form of audio art overlooking subjects such as architecture and urbanism, rats and maggots. Collaborators include Graham Lewis, Jean-Louis Huhta, Pan sonic, Russell Haswell, Zbigniew Karkowski, Erik Pauser, The Hafler Trio and John Duncan. His music and sound art can be found on labels such as Touch, Ash International, Laton, Oral, RasterNoton, Firework Edition, SubRosa and Die Stadt. He is published by Touch Music, London. 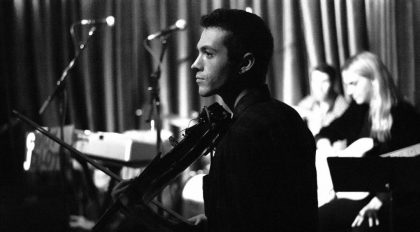 Zachary Paul (b. 1995) is a Los Angeles-based violinist and composer interested in perception, the transportive nature of long durations, and trance states. His work explores the contrast between stasis and movement and questions the possibility of depicting both synchronously. In live performance, he builds lush soundscapes via improvisation, representing his immediate experience & the space being performed in. His work draws from a long lineage of artists exploring sustained tones within organic performance, including Tony Conrad, Pauline Oliveros, and La Monte Young. Zachary is represented by Touch Music and currently a participant in Touch’s curated mentorship program. 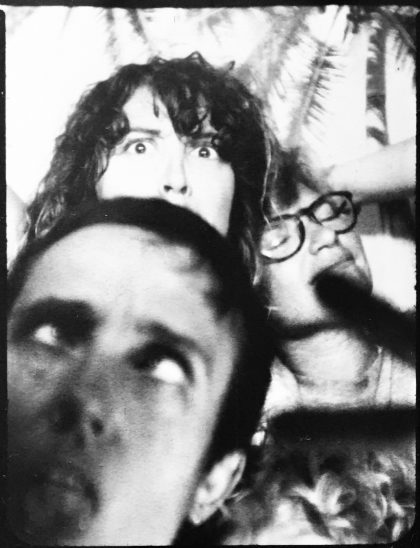 Tears|Ov Founded in 2015, Tears|Ov are sound artist/self-taught musician Lori E Allen, classically trained cellist/mixed media artist Katie Spafford and illustrator/prison psychotherapist Deborah Wale. The trio first collaborated on Lori E Allen’s ‘Tears of the Material Vulture’ cassette on The Tapeworm, a re-imagination of a brief collaboration with Madame Chaos of cut-up cablecasts, 1995-1996, on Manhattan Neighborhood Network and Television in New York City. That release served to resurrect a hibernating creative practice between the three friends. Their debut album for The Wormhole, ‘A Hopeless Place’, was initiated by a commission from Wolfgang Tillmans to perform at the Tate Modern’s South Tanks, part of a concert series curated by the artist in parallel to his 2017 retrospective at the gallery. ‘We were asked to play a gig at the Tate in March 2017’ recalls Lori. ‘I’d already started on some of the tracks, but it gave us an opportunity to present them as a composition around their connected themes. Sometime after the gig we decided to capture the work and turn it in to an album.’