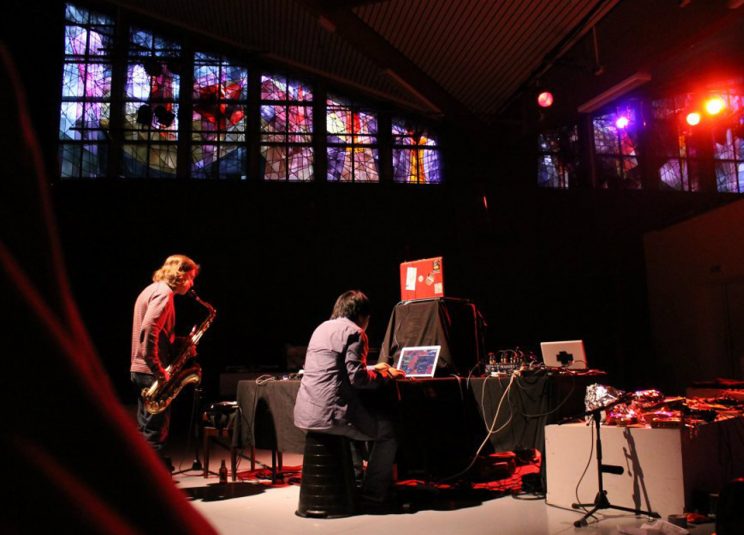 Ayankoko is the solo musical effort of French-Laotian multi-instrumentalist and composer David Somphrachanh Vilayleck; a fusion of jazz, sound design, traditional, noise, ambient, computer music, and classical. He studied at the French conservatories of Perpignan and Strasbourg and has a PhD in jazz guitar, improvised music and composition. Vilayleck has been working for 20 years in the fields of jazz, dub and experimental music. Ayankoko is an ever-evolving project which questions the ear about sound perception, its raw nature, the definition of music and the concept of ugly-beauty. Ayankoko uses syncopation, abnormal time signatures, and polyrhythms to explore new conceptual frameworks and create an overwhelming feeling of weightlessness. On his new album ‘Kia Sao ກ້ຽວສາວ’, Ayankoko advances his technique, pushing it as far as he can, from complex abstraction to blissful bursts of melody.

Kia Sao translates from Laotian into ‘holding your daughter on your back‘. The title references the ghostly weight of his cultural heritage as a French man with parents that had escaped war in communist Laos in the 1970s. On the song Molam 9, the bouncy, circular rhythms of traditional Laos Molam are slowly unravelled and scrambled by glittering psychedelic guitar.

Laos was the most heavily-bombed country on earth by the U.S. during the Vietnamese conflict, even though the two countries were never officially at war. Unexploded bombs and landmines buried in soil are still being uncovered, causing deaths decades later especially after the Dam’s collapse disaster in 2018, dislodging mines buried in mud, and causing floodwater to carry explosives to areas that were previously declared landmine-free. Healing happens in flux, and past traumas always find a way of returning.

Kia Sao functions like a buried collective memory. It fluctuates between ambient peace, sampling field recordings from Laotian villages, into sudden chaotic noise and tumult. The contrast explores this phenomenon of traumatic and deadly re-emergence of Laotian history, carried even on the backs of the diaspora.

“Hailing from Laos is ‘Ayankoko’ who manages to bring the classically folkish psychedelic culture rock to the modern world, creating a superb class of electronic cut-up material and traditionalism that feels super trippy. a rhythmic fest with mellowness and excitement at the same time!” Yeah I know it sucks

“Ayankoko’s “Beneath The Stains” squeals and shrieks through scratchy glitches and signals that crackle on a ghostly transmission.” The Wire Magazine 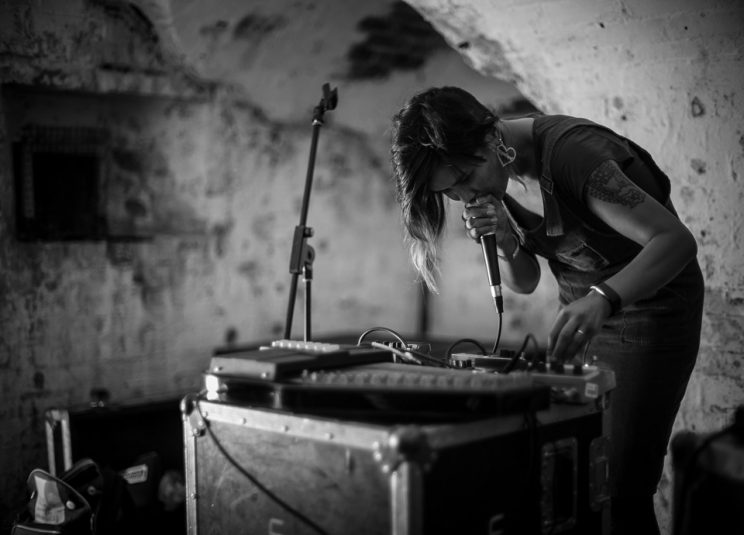 Leeds-based Filipino American Marlo De Lara is a prominent figure in a thriving and diverse international scene of female experimental music performers. As curator of the pioneering Ladyz in Noyz compilation series, an ongoing project from 2008 to the present, she has helped to foster this scene and continues to promote emerging artists from around the world on her record label Corpus Callosum. With an intuitive command of minimal instrumentation, including processed autoharp and contact microphones, Marlo Eggplant’s sparsely structured notes and layered static textures build into sonically dense drone improvisations.

Receiving childhood classical training in voice, guitar, piano, and cello, Marlo began her solo musical career in the 1990s favoring folk and punk, playing local coffee shops and arty hangouts as a teen. When she attended college in the Berkshires, she became more interested in avant garde and bizarre musics. A burst of raw creativity in the early 2000s brought the playful lo-fi pop experiments of the first recordings released under the name Marlo Eggplant, concurrent with her disjointed trance-like drumming as half of the deconstructionist rock duo Hazardous Guadalupe, and her co-founding of the Spleencoffin record label with Timothy Wisniewski in 2003.

Neo Fung
is Piotr Bockowski, b. 1983 in Poland
Lives and works between London & Hong Kong since 2008.
Works as a body & video performer & art model since 2009 collaborating with sound artists such as A.Y, CAO, Pan Daijing, AJA, Urinatorium, Blablarism, Scorpio-L, Kikiilimikilii, Kakofonikt, J.Aria, Richard Crow, Aris Daryono, Aurelia Trojanovska, Patryk Lichota, TY & Blossom, Venice Calypso, RARO, Dark Image
Teaches media art at University of London (Goldsmiths College) since 2017
Curates performance art event Chronic Illness at his own venue The Dungeons of Polymorphous Pan, London UK 2015-2018
http://neofung.tumblr.com
https://soundcloud.com/neofung
https://vimeo.com/neofung
Saphy Vong
is a London-based sound/visual artist, and founder of Chinabot, a platform and collective created to change the dialogue surrounding Asian music. LAFIDKI is the moniker of Saphy Vong, who has been releasing experimental electronic since 2008. He was born in a refugee camp in Phanat Nikhon (Thailand) to Cambodian refugee parents who fled Pol Pot’s regime and was raised in France. He released his EP ‘Absynthax’ via Orange Milk records. He’s a sound artist and conceptual collagist who performs around the world. His music is an confluence of ideas, synthesising multiple underrepresented histories, geographies, musical genres and cultural signifiers into compelling, colourful sonic material that packs contemporaneous dancefloor weight.
LAFIDKI last album Derichan explores the rituals and traditions of his Cambodian heritage while protesting the repression increasingly prevalent in the country.A key inspiration for Derichan is the more than 20 ethnic groups residing in Cambodia’s uplands and mountains whose unique cultures, languages and histories are at risk.Derichan is a record of bombastic, widescreen synthesis. But it weaves itself into a broader narrative of preserving identity in the face of oppression and homogenisation.
LAFIDKI has played at a number of international festivals: Donau Festival 2018 (Krems), VIA 2012 (Pittsburgh), Nuit blanche – French Institute 2016 (Kyoto/Japan), represented Cambodia at Tallinn Music Week. He has shared stage with Hype Williams, KXP, Tzusing, James Ferraro, Nightmares on Wax, Molly Nilsson, Andy Stott, Varg, Tropic of Cancer, Laurel Halo, Amnesia Scanner, Faka and James Holden.His music was played by BBC, NTS Radio..
https://www.chinabot.co/lafidki