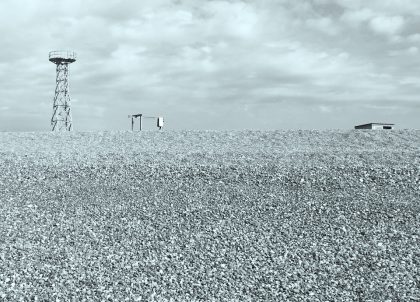 For her performance, Avsluta (Lucie Stepankova) will be communicating with her personal collection of everyday treasures in an attempt to amplify their otherwise mute existence. and will include recent field recording material captured in (not so) silent spaces.

Sebastiane Hegarty will give a presentation of his ‘Séance for six radios, harp and piano’, a live micro-FM transmission combining, found sound, lost voices, abandoned landscapes and apparitions. Based on field-recordings from covert residencies at The Fog Signal Building, Dungeness and Marconi’s Lizard Wireless Telegraphy Station, Cornwall, the performed transmission creates an etheric sonic landscape, haunted by the automatic Morse of ‘air harps’, the aeolian strum of extinct antenna and derelict silence of sound mirrors.

The contribution from Bernhard Living will be a live version of his ‘Composition 2018.01 (Untitled)’, which explores the relationship between pitched tones and un-pitched synthesised noise elements with the digital domain, often blurring the boundaries between the two.

Pascal Savy will present a live electronic piece inspired by the work of French painter Pierre Soulages. HIs new composition will explore the negative space that exists beyond sound and vibration in music to reflect on the eerie silence that surrounds reality.

In addition to the music performances, there will be a screening of films by Diogo Evangelista and Alexandra Navratil.

This video introduces narrative linearity for the first time in the work of Evangelista. It describes the preparations for space travel in the near future. The low soft tone of the monologue induces a meditative tone which blurs the boundaries between the action happening on and off screen. The cabin/capsule from the video was inspired by Nakagin capsule tower in Tokyo from metabolism architecture movement.

The video S i l b e r s e e consists of a sequence of 115 black and white and infrared photographs, that were taken by the scientist Dr. Fred Walkow of the Silbersee lake in former East Germany. Throughout the 20th Century the lake was used as a waste-water deposit by the surrounding factories until it became the most contaminated place in Germany.

This Corpora Aliena Eclectic Electronic concert is an exciting opportunity to see and hear some of the leading international musicians and artists who are an important part of the contemporary experimental arts and music scenes. 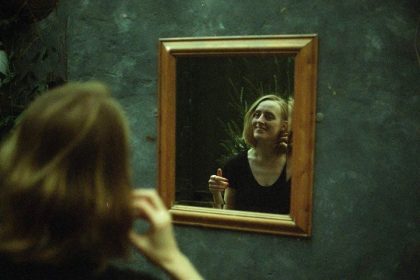 Creating compositions with few elements allows for fluid transformations as they interact and flow in and out of one another; a meticulous investigation into the individual and collective sonority. A hint of cinematic sensibility. Repetition and prolonged durations. Perhaps a state of trance; finding oneself in a far-away dreamscape. Something, anything, everything or nothing might happen. 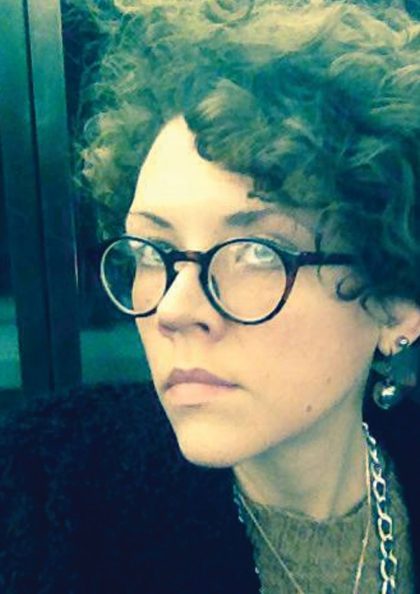 She was a co-curator of the exhibition “Error Message” that was part of the 4th Moscow International Biennale of Young Art, 2014.
In 2016, Birukova joined the team of the high-profile project “Geometry of Now” curated by British artist Mark Fell, organised by the VAC Foundation in Moscow.
In 2017, she curated the exhibition “Pink Flamingos” at the art space BLEEK in Belgium.
During 2018 Birukova lectured at The Russian State University for the Humanities, Moscow, Russia, Department of the art history and at the British Higher School of Art and Design, Moscow. 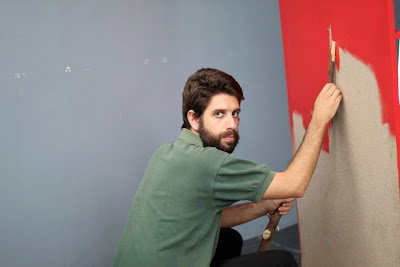 Diogo employs subjective methods of selection, appropriation, manipulation, and mediation to sensually subvert contemporary visual regimes. His reproduction of hypnotic and trance-like states based on bodily as well as visual interaction questions naturalised forms of understanding and empower our engagement with the world.  Evangelista position the body as an expanded instrument of consciousness and paradoxically breaks our mundane lethargic mode of interactions with images, making each representation a new object, underlining its potential and stimulating our lucidity.

This video introduces narrative linearity for the first time in the work of Evangelista. It describes the preparations for space travel in the near future. The low soft tone of the monologue induces a meditative tone which blurs the boundaries between the action happening on and off screen.

The cabin/capsule from the video was inspired by Nakagin capsule tower in Tokyo from metabolism architecture movement, and the state of mind of the passenger from the video is very similar with what metabolism defend on what would be the future in 50 years.

The individualism stated that metabolism could be compared with the individuals generated by new liberalism, but both metabolism and liberalism are  totally utopian, poetic and artistic way of thinking on the unclear future. 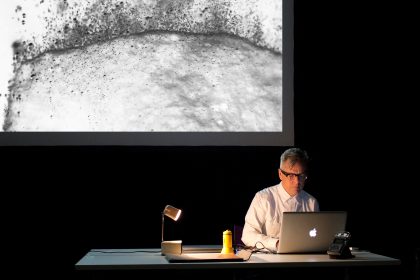 Sebastiane Hegarty is an artist, writer and lecturer. His research explores the perceptual geographies of sound and listening [technology], through field-recording, live radio transmissions and the production of phonographic objects and actions. Sebastiane has exhibited, performed and broadcast across the UK, Europe and Canada. Recent work featured in Deep Wireless Festival of Radio and Transmission Art (Ontario, 2019), Radiophrenia, (Glasgow, 2018) and Datscha Radio (Berlin, 2017). Since 2017 he has been performing live [unheard] micro-FM transmission from sites of listening and communication history: broadcasting weak signals to empty landscapes at nightfall. In 2019 he published Silence on Loan, an artists’ book in the form of a 10″ vinyl dubplate. The publication is held in the Artists’ Book Collection at Winchester School of Art, and the six national Legal Deposit Libraries. Silence on Loan was recently exhibited in the National Original Print Exhibition (Bankside Gallery, London, 2019). 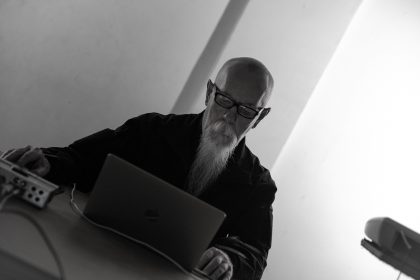 Bernhard Living’s digitally-based compositions have taken minimalistic compositional techniques to what he considers to be their logical conclusion, with his music being characterised by sparse textures, long periods of silence, maximal repetition and minimal variation. The compositions are often devoid of musical elements such as melody, harmony and rhythm, and as an alternative they explore the use of sound colour and sonic textures. In many ways, his music could be considered as an evolved non-dance form of techno, but one that exists within a different cultural context and along a different time continuum. 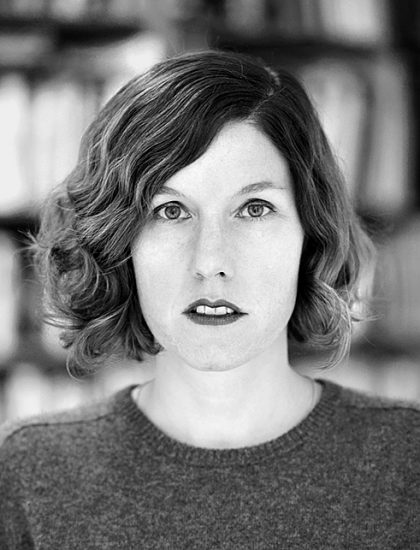 Alexandra Navratil’s work often starts with scientific and historical research on the beginnings of photography, film and industrial history. By combining and animating found visual material, Navratil’s work cycles reflect on the beginnings of modernity and their effects on today’s visual world. The works in video, installation, sculpture, film and screen-printing follow material stories in a poetic and analytical way.

Alexandra Navratil’s work was awarded The Manor Art Prize in Zurich in 2013 and The Swiss Art Award in 2009 and 2012. She was artist-in-residence at the EYE Film Museum in Amsterdam, the ISCP New York and the IMMA in Dublin, among others. In recent years her work has been shown in solo exhibitions at the Kunstmuseum Winterthur; Stedelijk Museum Bureau, Amsterdam; CCS, Paris; and Photoforum Pasquart, Biel, as well as in institutional group exhibitions at CAPC, Bordeaux; Museum Sztuki, Lodz; ICA, Philadelphia; and de Appel, Amsterdam.

The video S i l b e r s e e consists of a sequence of 115 black and white and infrared photographs, that were taken by Dr. Walkow, a scientist at Agfa-Orwo in Bitterfeld, former East Germany in 1998 and 1990, just before the German reunification. While conducting research in order to find a substitute for the silver component of film, he became increasingly obsessed with photographing the so-called Silbersee. The lake had originally been a coal-mine at the end of the 19th Century and had fueled the industrial development in the area. Throughout the 20th Century it was used as a waste-water deposit by the surrounding factories until it became the most contaminated place in Germany by the 1990s.

Dr. Walkow described the lake as an overwhelming presence in the lives of the inhabitants and held it responsible for his own personal crisis when moving to the area. The text on the photographs contemplates on the slow violence of chemical contamination.

The video is kindly provided by WWW.DANGUNNGALLERY.COM 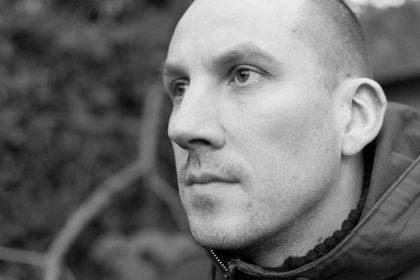 Pascal Savy is a French sound artist and performer based in London. He started making music in the late nineties influenced by early techno and experimental electronic music. Over the last decade, he has explored sparser and calmer territories, often reflecting on time, presence and the elusiveness of reality. His music lies at the intersection of abstract ambient, noise and live electronics. 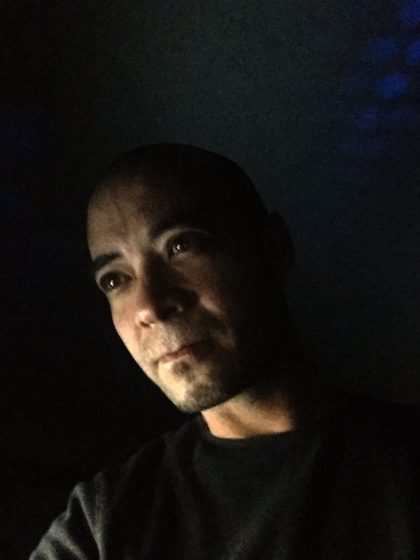 Hanzo Schwarz is a London based visual artist and designer from Germany. His experience ranges across various disciplines, from graphic design, coding, animations, motion graphics to live performances, which brought his main focus to realtime designs. His journey explores the connection between visuals, sounds and motion from diverse genres, using sound reactive and motion-sensitive approaches. Results are build-ups of mesmerising shapes and forms generated in realtime, to reveal ideas and make them accessible to the audience. A controlled chaos of organic nature. His work can be experienced during music and art events, AV performances, club nights and festivals in the form of live performances, light installations and realtime projects.