Corpora Aliena is pleased to present a concert of diverse experimental music performances based on the theme of ‘Eclectic Electronics’.

Included in the programme are; the Taiwanese electronic sound artist Lucia H. Chung, who will be exploring noise generated via feedback on digital and analog equipment; Sebastiane Hegarty will be presenting his composition Tapping the air: live transmission for six radios and a piano – which is based on field-recordings made on the Lizard Peninsular and at Marconi’s Lizard Wireless Telegraphy Station; the musicians Phill Durrant and Pat Thomas will be performing together for the first time presenting a live improvisation using Moog Theremin, iPad electronics, modular synth and amplified objects; and the London-based Czech electronic musician and sound artist Lucie Štěpánková will perform a progressive ambient composition that merges field recordings with acoustic and synthetic sounds. To complete the evening there will be a screening of new short films by the Russian film-maker Lisa Minaeva.

The concert is an exciting opportunity to see and hear some of the leading musicians and artists who are a part of London’s experimental music scene. 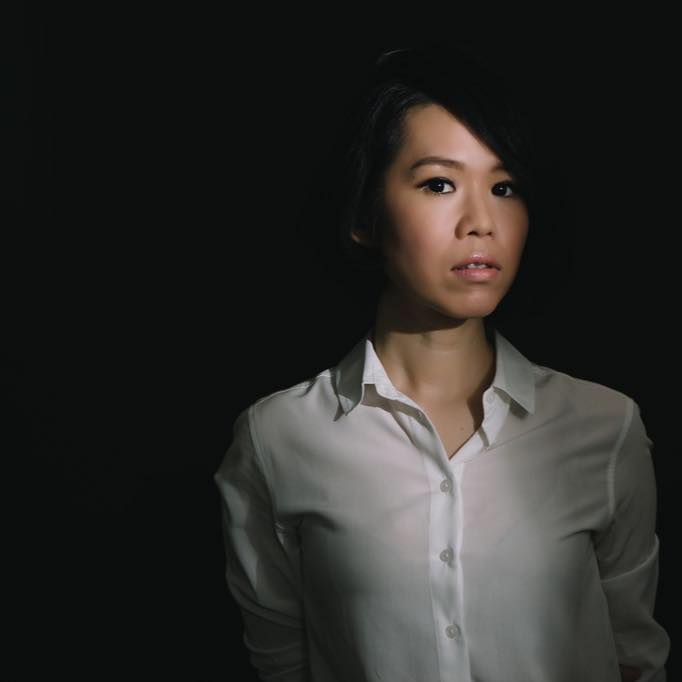 Lucia H Chung is a Taiwanese electronic sound artist based in London. She performs and releases music under the alias ‘en creux’ whose sound creation springs from her view on the medium of sound as preposition. Sound as preposition, expresses a relation between two elements. Without preposition, a clause will not form and a relation will not take place. Yet, at the same time, the role of preposition is also affected and determined by the two elements that it connects.

For her live performance at Corpora Aliena, Chung will be continuing exploring her interests in noise generated via feedback on digital and analog equipment, and her role as a ‘mediator-performer’ in the multifaceted relationship between the sonic events incurring within the self-regulated system. 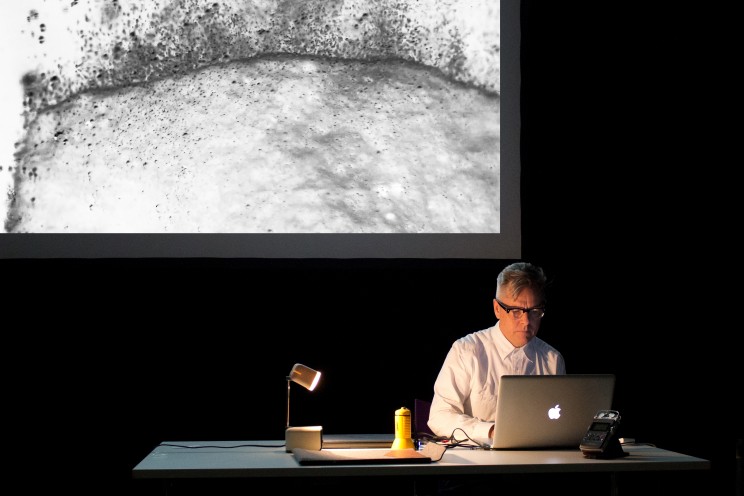 Sebastiane Hegarty is an artist, writer and lecturer. For his contribution to the Corpora Aliena event he he will be presenting Tapping the air: live transmission for six radios and a piano. Based on field-recordings made on the Lizard Peninsular and at Marconi’s Lizard Wireless Telegraphy Station, this live micro-FM transmission fills the air with the revenants of signals found, sent, received and lost.

Hegarty’s recent practice explores the materiality of sound and the perceptual geographies of listening, through field-recording, live transmissions and the production of phonographic objects and actions.

His work has been exhibited, performed and broadcast across the UK, Europe and America. Recent works have featured on Radiophrenia, Glasgow (2018), Datscha Radio (Berlin, 2017), Audio Borealis (Bergen, 2017) and Helicotrema at Museum Punta della Dogana (Venice, 2016). In 2013 his commissioned work, It’s Just Where I Put My Words (Between the Ears, BBC) received widespread media coverage.

As the first practice-led research candidate at the University of Southampton, Sebastiane received his PhD from the Sculpture Department of Winchester School of Art at UoS in 2003. 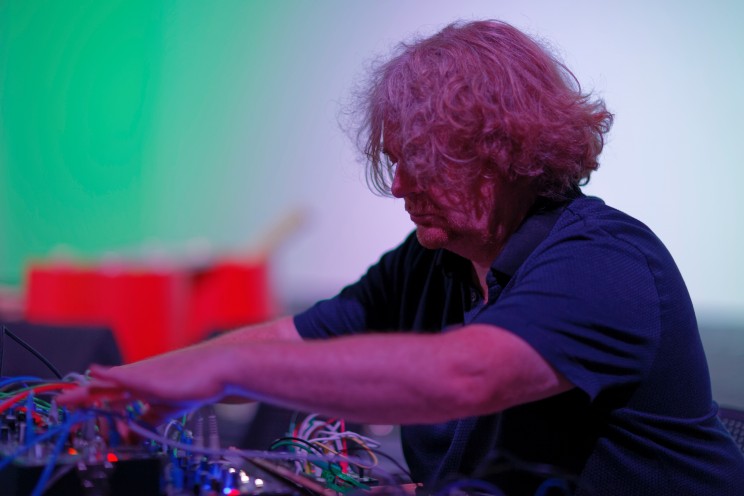 Born near London in 1957, Phil Durrant is an improviser/composer/sound artist who has devised his own virtual performance instruments using Reaktor. Recently, he has been performing solo and duo concerts  with Phil Maguire, Bill Thompson, Mark Sanders and trio concerts with Mark Wastell and Richard Sanderson, using an analogue/digital modular synthesizer system.

As a violinist (and member of the Butcher/Russell/Durrant trio), he was one of the key exponents of the “group voice approach” style of improvised music. In the late 90s, his trio with Radu Malfatti and Thomas Lehn represented a shift to a more “reductionist” approach.

Durrant’s exploration in the use of live electronics to expand the timbre of the violin, evolved into the creation and building of self-made virtual instruments. His live sampling/treatments duo with John Butcher and his work MIMEO, saw Durrant move from the use of hardware to the use of software in live situations. He has always been keen to transfer the flexibility of playing an acoustic instrument, into his laptop performances.

Durrant also performs regularly with the acoustic/electronic group Trio Sowari (with Bertrand Denzler and Burkhard Beins) and Mark Wastell’s The Seen. In addition, he is an Associate Lecturer at Southampton Solent University.

Phil Durrant has also collaborated and composed site-specific music for a wide variety of choreographers, including Maxine Doyle, Susanne Thomas, and Gill Clarke. 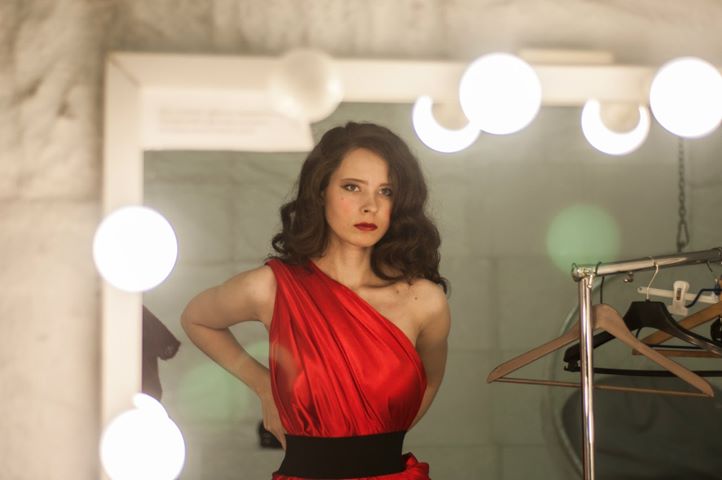 Lisa Minaeva was born in Moscow, and as worked as a video artist in London and Paris. One of her first film project “Blossom of Silence” features silent video-portraits of people from all around the world, including Soko, Shirley Manson and Patrick Duff, and has been exhibited in Russia, France and Spain. Two of her recent films will be screened at the Corpora Aliena event, “Madeleine”, a photo-film created in collaboration with French, Swedish and Ukrainian artists, completed in 2018,. A young French woman regains conciousness in an unknown place, time and body. Trying to find out what had happened, she starts to walk around the city, which eventually helps her to find her true identity; and “Reset”, a film shot in Serbia and is part of a duology “City tales”, which depicts the lives of women from different countries living in different epochs.

Currently Minayeva  works as an art historian and filmmaker.

Lucie Stepankova is a Czech electronic musician and sound artist. Trained by intuition and attentive listening her work revolves around merging field recording and acoustic and synthetic sounds, creating immersive imaginary events in progressive ambient compositions that seek to expose and explore detail within sound. 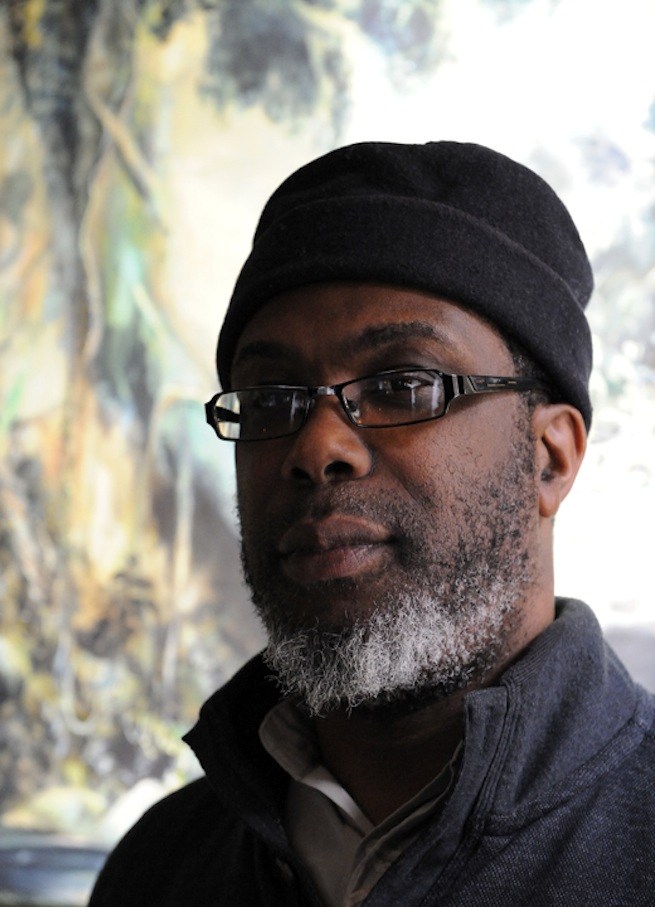 Pat Thomas studied classical piano from aged 8 and started playing Jazz from the age of 16. He has since gone on to develop his own unique style – embracing improvisation, jazz and new music. He has played with Derek Bailey in Company Week (1990/91) and in the trio AND (with Noble) – with Tony Oxley’s Quartet and Celebration Orchestra and in Duo with Lol Coxhill. Currently Thomas combines piano and electronics and performs regularly with Orphy Robinson in Black Top, a quartet with Alan Wilkinson, Steve Noble and John Coxon and SHIFA, with Rachel Musson and Mark Sanders.

“Pat Thomas sits in the front rank of British improvisers. In the early 1990s he participated in Derek Bailey’s Company Week, though he might be best known for his work with Tony Oxley, Lol Coxhill and Steve Beresford or his quartet Scatter with Phil Minton, Roger Turner and Dave Tucker.” – James Linbloom Opprobrium