A NIGHT OF TALKS, DEMONSTRATIONS, PERFORMANCES AND HANDS ON EXPERIENCES WITH SOME INCREDIBLE INSTRUMENT MAKERS, INVENTORS, HACKERS AND RESEARCHERS.

THIS TIME, WE HAVE: 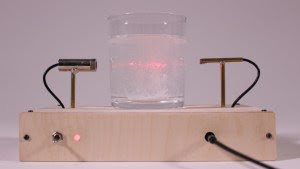 Kai Lab is a London-based design studio that creates artworks with light, sound and motion. Its three founders have backgrounds in the physical sciences and are interested in studying and representing micro and macro natural phenomena in new and beautiful ways. To this end, Kai Lab places a heavy emphasis on research and development. New technologies that are designed and fabricated in-house power the studio’s own artistic works as well as those of collaborators across a number of fields and industries. Kai Lab has exhibited its own and collaborative work at institutions such as Ars Electronica (AUT), The Saatchi Gallery (UK), The Verbeke Foundation (NLD), The Museum of Old and New Art (AUS), the Bartlett School of Architecture (UK) and Somerset House (UK). 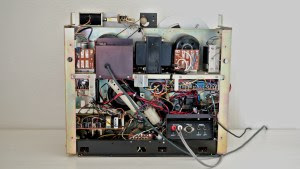 Craig Scott is a Composer, sound artist and improviser. His work focuses on the tension that exists between human and machine made music.

He works with Human performers, Robotics, custom built digital and analog hardware to explore the uncanny valley through sound. Blurring the perceptual lines between what is considered organic and artificial, function and malfunction and intention and error. 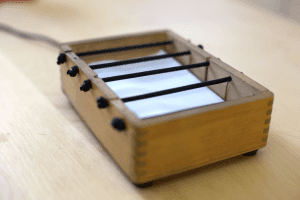 Hugh Aynsley (MMus) is a sound artist and instrument maker based in London. His practice is focused around the development of new musical interfaces for performance and improvisation. Hugh’s interests lead to creating tactile instruments with a focus on accessibility for disabled users whilst questioning the intersection between digital technologies and ‘acoustic’ feeling materials.

He will be presenting Stretchi, which was the focus of Hugh’s Master’s thesis at Goldsmiths University and is a project Hugh always returns to, adapting and improving to suit the needs of the variety of users and updating the software to support the most current applications (currently supporting MPE midi).

Stretchi has been awarded for ‘Best Overall Instrument’ at a Drake Music’s hackathon, an event focussed around creating new accessible digital instruments at Queen Mary’s University (2016). Stretchi has been shown at Unlimited Festival (2016) in Southbank as part of a Music Council and Drake Music event. More recently, Stretchi has been selected as a finalist of the Guthman Musical Instrument Competition and will be presented in Georgia Tech in March 2020. 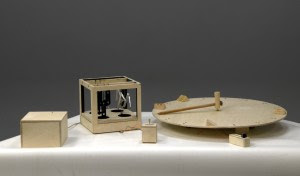 Joseph is a Brighton based sound & object maker / designer who will be showing three Arduino powered sound-making experiments attempting to bridge the gap between digital control and real-world sound production or vice versa. Instruments created for a project exploring new interactions with tone and rhythm.