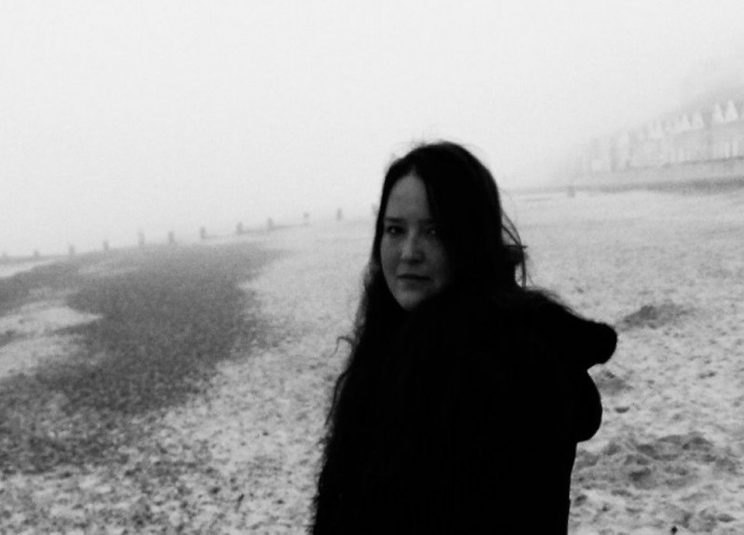 Straddling the worlds of experimental, folk, chamber, early & medieval music, performer/composer Laura Cannell is a unique and important artist whose original and singular vision sets her apart from her contemporaries, whilst her music exists as a culturally vital exploration of the link between medieval, traditional and modern musical idioms.

As founder of the independent record label Brawl Records and creator/curator of the Modern Ritual performance series, Laura has built an impressive and nurturing platform for the release and performance of music that sits outside of the contemporary mainstream.

Now based in rural East Anglia, Laura’s semi-composed, semi-improvised compositions draw on the emotional influences of the landscape and explore the spaces between early and experimental music that is rooted in but not tethered to the past, but rather forges a new space for her minimalist chamber music.

Laura has released five albums since 2014, successfully carving out a unique path with her work, receiving critical acclaim from the contemporary music press and regularly being included in numerous Album of the Year lists (including The Guardian, MOJO, BBC Radio 3’s Late Junction, The Wire and The Quietus).

Laura first came to prominence with her debut album, the semi-improvised “Quick Sparrows Over The Black Earth” (2014). Recorded in single takes in a small medieval church in rural South Norfolk, UK, the album was inspired by the surrounding Norfolk marshes and broads; this was followed a year later by “Beneath Swooping Talons” (2015), a beautiful suite recorded with deconstructed bow and of double recorder that encompasses both wild animal calls and long forgotten liturgical chords.

Laura’s next album was 2016’s “Simultaneous Flight Movement” which was recorded live, in one take inside Southwold Lighthouse in Suffolk and moved away from formal structures to re-imagine a sonic landscape unrestricted by time or origin. 2017’s “Hunter Huntress Hawker” again recorded live in single takes and largely improvised, this time in the semi-ruined church of Covehithe which sits on a fast eroding cliff on the Suffolk Coast.

Laura’s fifth album is “The Sky Untuned” (2019) which represents a new musical phase for the composer & performer, moving away from the adoption of music from the past by embracing a completely untethered exploration of new spaces for her music.

Laura’s style has evolved out of long self-taught sessions alongside dedicated training as well as employing her very open approach to join the dots with contemporary music makers. Laura studied the recorder at London College of Music graduating with 1st class honours in Performance. She also has a Masters in Performance Studies.

Cannell’s violin sound, often using an overbow which sounds chords by wrapping across the strings, is entirely unmistakable.

Equally inspired by the wild physicality of Jacqueline du Pre and the shrieking glory of a cello played through FX pedals, Jasmine Pender’s solo project Rotten Bliss is a long term live art research project into the the outer limits of the electric cello. Part exploration and part revelation, Jasmine defies expectations of the cello through her preference for extended techniques and extreme FX processing with an abrasive style that evokes the possession and freedom of rock and roll, deconstruction, and decay: “coarse and beautifully heavy…[with] hallmarks of folk, metal and classical, without subscribing to any particular tribe” (The Wire Magazine, July 2018). Aided by an ever-expanding chain collection and various toe-operated devices, Jasmine commands the audience through an elemental voyage, summoning nihilistic sailors and amorous fishes with her “unsettling and beautiful vocals” (Misfit City). The result is a hypnotic, seasick voyage that takes in elements of folk, noise, surrealism, and drone, referencing dystopian harbours, amorous fishes, nightwatchmen, and transcendence. 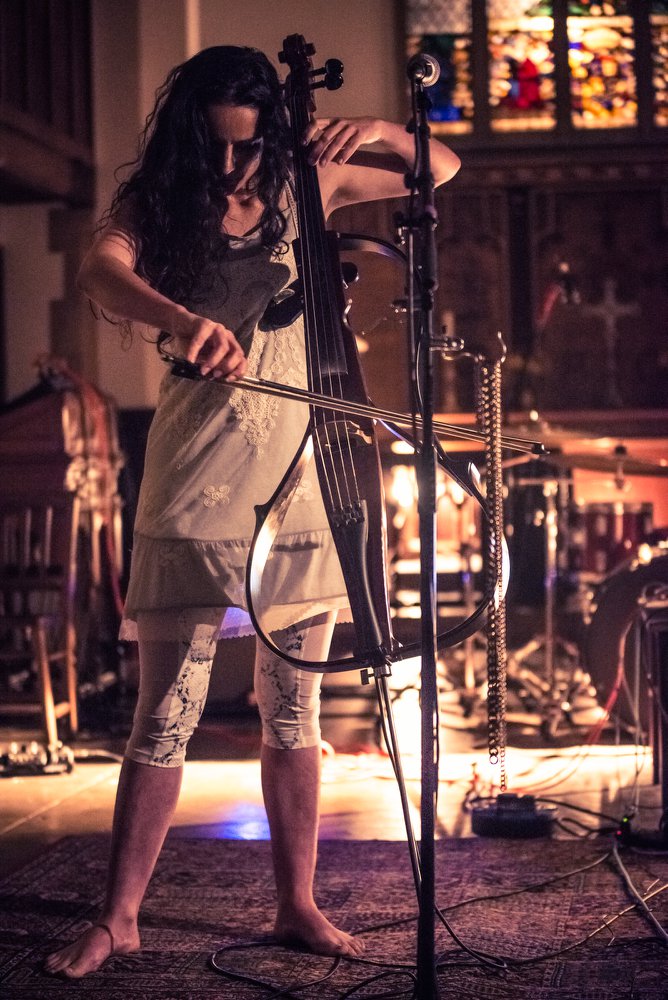