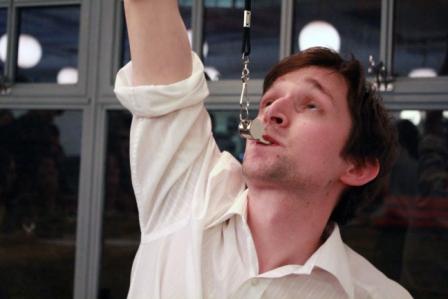 Neil Luck is a composer and performer and director based in London.
He is interested in live performance, fallible bodies, the pathetic, theatre, the esoteric and the unesoteric. His music is concerned with sound, of course, but resonates with other live and fine arts practices.
As a curator and producer He has organised a number of events and festivals which reflect his interests in performance, collaboration, and questions of taste.
Luck founded the experimental music ensemble ARCO, and co-founded the artist cooperative and net-label squib-box with Adam de la Cour and Federico Reuben 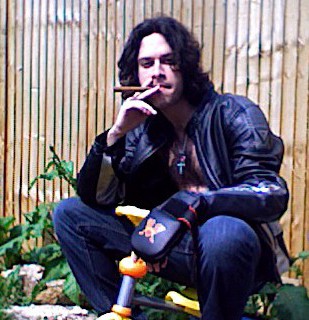 Adam de la Cour (b.1979) writes music, makes films and performs in a variety of settings. He holds a PhD from the University of Southampton where he studied composition with Michael Finnissy.

​As a performer He has worked closely with the composers Neil Luck, Alwynne Pritchard and Matthew Shlomowitz, as well as the artist Bruce McLean, fulfilling various roles, including that of vocalist, guitarist, tap dancer and clown. He has also had the pleasure of performing with various ensembles including ARCO, The Two Bennys, Arn & Hammer, + -, Reconsil and the London Sinfonietta.

He is the co-founder of the artist collective squib-box. 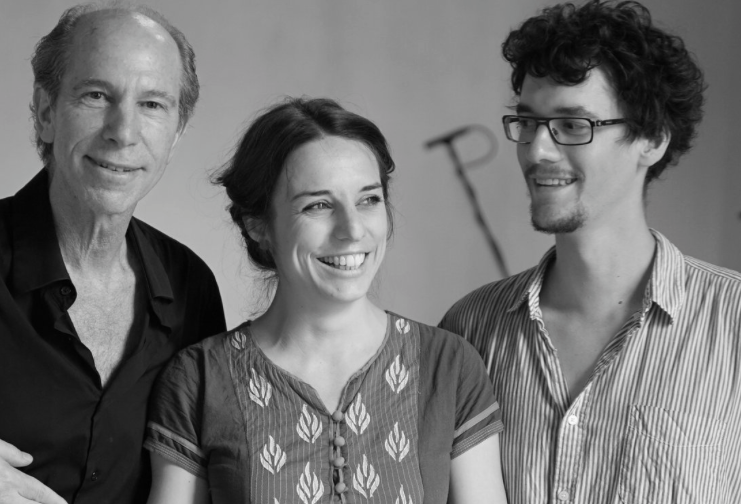 Quarter tones refers to the notes between the twelve tones of a traditional chromatic scale; microtonality indicates the intervals between those twelve tones that seldom appear in western music. Quarter to Three takes advantage of these underutilized intervals to create unconventional musical colors, blended and layered in brief, self-contained improvisations. The album features the extended capabilities of the voice, the shakuhachi, and one of four quarter-tone pianos designed by Alois Hába, a pioneer of quarter-tone music active in Prague in the mid-20th century.
Prague provided a natural setting for the group’s experimentation, thanks to Hába’s efforts to bring new interest to microtonal music, which he deemed to be of great importance to his ancestors in central Europe. The musician and theorist became a champion of micro-intervals and the breadth of emotional expression they enable, and although his influence failed to extend beyond the Iron Curtain, the “Hába School” came to refer to the many subsequent efforts to bring microtonality to equal prominence with standard European scales.

Improvisation with unusual instruments and their unlikely combination has been the prime interest of Steve Cohn`s work for the past two decades. From the traditional jazz piano, Cohn has, over the course of several decades, expanded his field of interest to the Japanese shakuhachi flute, trumpet, trombone, guitar, blues harp, and various percussion instruments, among others. Cohn’s ethos was, at the time of his collaboration with Matvija and Plum, reflected in the work of the fledgling Topos Kolektiv, whose site-specific improvised performances harnessed the sonic peculiarities of abandoned and overlooked spaces in the post-communist Czech capital, and to which Matvija and Plum introduced both evocative instrumentation and non-musical sound.