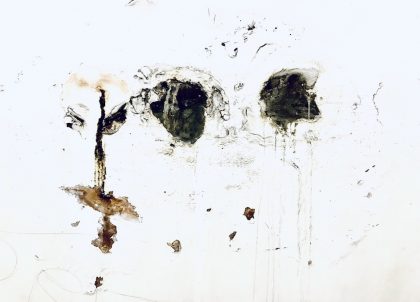 Ami Yamasaki & Charlie Collins, on a short tour marking Yamasaki’s UK debut, arrive at IKLECTIK for the final performance as duo, where after a short duo set they will be joined by Beatrix Ward-Fernandez and Derek Saw. 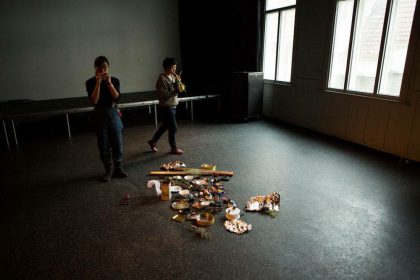 O YAMA O explores a certain domestic and democratic quality of everyday life, born through associations to folk music of Japan and a folding of myth, tradition, and routine; the non-spectacular and the sublime.

Formed of musician and artist Rie Nakajima and Keiko Yamamoto, the group has performed since 2014 at venues and festivals such as noshowspace, Ikon Gallery, Wysing Arts Centre, Supernormal, Borealis Festival, Mayhem, allEars Festival and BBC3 The Late Junction Festival.

Nakajima’s performance often focuses on the use of found and kinetic objects, using modest items such as rice bowls, toys, clockwork, balloons and small motors as instruments to create a “micro orchestra”. Elements are layered into impressive and immersive atmospheres. Yamamoto alternatively floats and charges through this with body and voice; chanting, incanting, thundering, whispering, stamping on the floor.

Their debut album consolidates their musical conversations into keenly paced studio music, the duo working with additional instrumentation and a resolved focus on melody to provide vivid portraits of folkloric Japan in song.

They move between pop and the philosophical, defined by the overall space afforded to texture and movement. In small, delicate sound an intimate musical climate is established that reflects on life, telling stories of improvised clockwork, whispered dreams, small movements of the hand and the rhythm to be found in the shuffle of a deck of cards.

Grandly theatric and dramatic flourishes add solidity to these illustrations, operas driven by the swooping energy and power of Yamamoto’s voice can be playful or emotionally charged, particularly when the duo arrange themselves in ensemble with violinist Billy Steiger and percussionist Marie Roux. Production by David Cunningham creates the shadowy presence of a leftfield Flying Lizards dubwise depth that adds subtle strangeness to the atmosphere. The result is something raw, full-bodied; full of energy, grace and mystery. 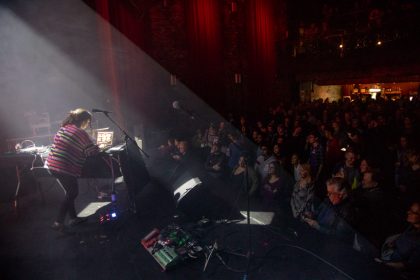 Lauren Sarah Hayes is a Scottish musician and sound artist who builds and performs with hybrid analogue/digital instruments. She is a “positively ferocious improvisor” (Cycling ’74), her music refusing to sit nicely between free improv, experimental pop, techno, and noise. Over the last decade she has developed and honed a deliberately challenging and unpredictable performance system that explores the relationships between bodies, sound, environments, and technology. The Wire described her most recent album MANIPULATION (pan y rosas discos) as “skittering melodies and clip-clopping rhythms suggesting a mischievous intelligence emerging from this web of wires”. She is a member of the New BBC Radiophonic Workshop. 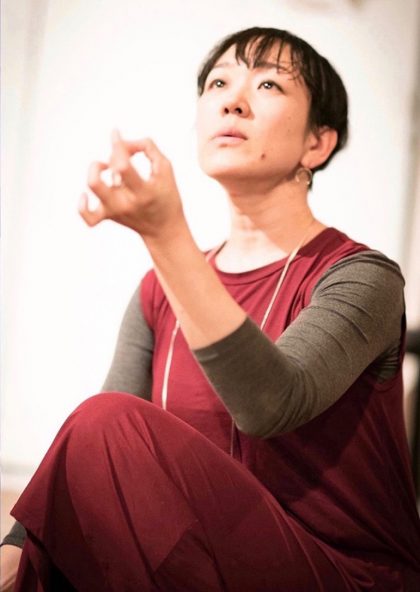 AMI YAMASAKI is a vocalist and cross-media artist from Tokyo. She creates installations, performance pieces, and films. With primal vocals and movement, Yamasaki explores the relationship between us and our universe. Her art explores a fundamental question: “How does the world construct itself” For her, the asking of this question is a love letter to life itself, more important than any answers that it yields.

Ami sings as she works, and the patterns she creates are a direct response to acoustic feedback she receives. She sings, and listens, and “little by little, the space begins to make its own music.”

As a vocalist she has collaborated with Ryuchi Sakamoto, psychedelic rock icon Keiji Haino, Yasunao Tone, Ikue Mori, Carl Stone, and Ned Rothenberg among many others, and provided original music for choreographer Makoto Matsushima. Her elaborate installations have been featured in art spaces across Japan, while her short films have evoked a passionate response, and received critical acclaim. 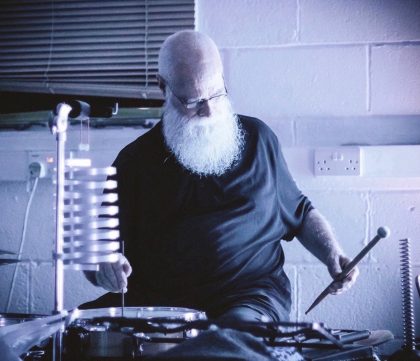 CHARLIE COLLINS is a creative percussionist, free polyrhythmic drummer, and sound artist, based in the UK. His work continues to explore the boundaries between pure sound and rhythm, frequently incorporating metal percussion and free improvisation. Early recordings for cult labels Industrial, Fetish, and Doublevision were soon followed by collaborations with many of the pioneers of free improvisation, while his interest in East Asian percussion and rhythm technique is displayed in current work with komungo player Eun-Jung Kim, pianist Yoko Miura, visual artist Bongsu Park, composer Ryoko Akama, vocalist Ami Yamasaki, and Butoh dancers Mushimaru Fujieda and Tsukasa Kamidate. He is one of a handful of musicians to have played both Derek Bailey’s Company Week and Top Of The Pops. 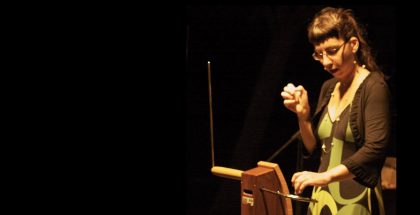 BEATRIX WARD-FERNANDEZ  was born in London, raised in Cadiz, and began classical violin training upon her relocation to Sheffield, UK. A lasting interest in experimental and improvised music led to her adoption of the theremin, while the development of new techniques to meet with the demands of these musics remains her abiding interest. Her trio has performed at the international theremin symposium “Hands Off”, while her 2009 audio installation, “Castillo de Luna ” (for theremin & waterphone) was exhibited at the AC Institute in New York.

She has performed with a number of internationally recognised artists, including Gino Robair, Okkyung Lee, Simon H. Fell, Jez riley French, Ryoko Akama, Mick Beck, Jim Denley, Pat Thomas, and Chris Corsano. Her acclaimed album “Trio” was released in 2008, and “View From The East”, a duet composition performed alongside percussionist Charlie Collins, in 2010.
Her music has been released on Discus, Found Property, Singing Knives, and Classwar Karaoke. 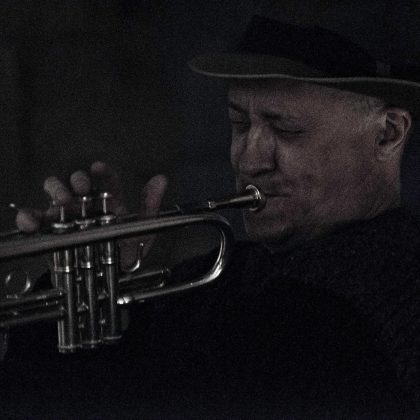 DEREK SAW has worked in free improvisation and at the cutting edges of experimental music since his move to Sheffield, UK. He was a member of legendary electric free/jazz group Bass Tone Trap, and in the mid eighties co-founded the respected Hornweb quartet, while also organising his own Rhythm Division, which included drummer Paul Hession. Most recently he has worked with thereminist Beatrix Ward-Fernandez on her Trio project, and collaborated with internationally acclaimed artists Sonny Simmons, Gino Robair, Linda Sharrock, Anton Mobin, Yoko Miura, Eun-Jung Kim, and Ryoko Akama.