Interval with music by o.utlier (DJ) 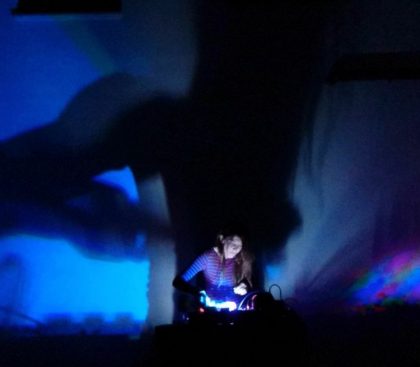 xname is a solo project by Eleonora Oreggia, a conceptual electronic artist making performances and interactive installations with light, noise, dust and electromagnetic fields. She is also the founder of Nebularosa Records, a label seeking to promote music that challenges the established forms of music production. Shows and commissions include Manifesta, ICA, London Sinfonietta, Arts Council England, Union Chapel, the Barbican, V&A Museum.

Blurring the lines between styles and inverting norms, this Irish artist traverses a musical landscape between rooted 4/4 and the transcendent, the past and the future, the melancholic and the uplifting. 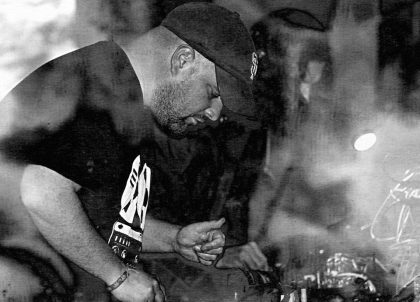 Having previously collaborated on the award-winning film A Creak In Time, 2019 saw the duo of sound artist Robin The Fog and film maker Steven McInerney working together musically for the first time, creating pulsing rhythmic tracks from the no-input kick, crunch and splutter of Howlround’s vintage tape machines, fusing them with the squelch and squiggle of McInerney’s expansive modular synth. The results, debuted at a military complex in deepest Wiltshire as part of The Delaware Road Festival went down an absolute storm, like a million volt polychromatic Radiophonic Rave. Tonight the duo bring this performance along with visual accompaniment from the genius that is Hanzo back to their home town to put IKLECTIK’s recently beefed-up PA system through its paces.

Described as one of the highlights of The Delaware Road 2019 ”Howlround and Merkaba Macabre whose tape squalls plucked from the thin air and moulded into ghostly rhythms was witnessed by so many people they were queuing down the stairs to get an earful” Electronic Sound, Issue 57. 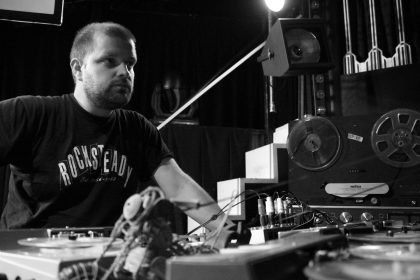 HOWLROUND is a quintet (four slightly battered machines machines, one slightly battered operator in the shape of sound artist Robin The Fog) that create recordings and performances entirely from manipulating natural acoustic sounds on vintage reel-to-reel tape machines, with all additional effects or artificial reverb strictly forbidden. In an age where one can create all manner of electronic music with the merest swipe of a mouse, Howlround prove not only how much fun is to be had in making things complicated again, but conversely just how little effort is sometimes needed to create a genuinely uncanny and beguiling soundworld. Sixth LP The Debatable Lands is out now on Touch. and was recorded and produced entirely on a Cumbrian dining table. 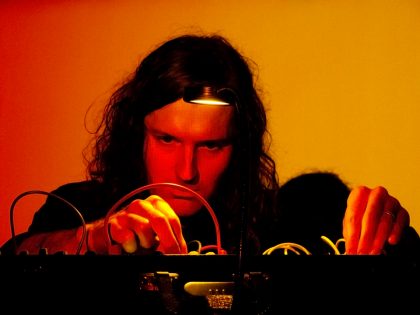 Merkaba Macabre is a multimedia project by Steven McInerney, an Australian born artist based in London. His practice ranges from audiovisual, musical performance and experimental film with the intention of opening a dialectic between the sacred and the profane. McInerney is an award winning filmmaker and has performed and exhibited internationally. He runs Psyché Tropes, a label dedicated to exploring the synaesthetic intersections between sound and its visual counterpart. ”..as if our primordial, survival-based emotions had been transferred into the external environment..’’ – The Wire Magazine

Originally from Germany, Hanzo Schwarz is a visual artist and designer based in London. Working across various disciplines, his focus is on realtime visuals. His experience in graphic design, coding and motion graphics makes it possible to explore the connection between visuals and sounds from diverse genres. Using sound reactive and motion sensitive approaches to create realtime design, results in slow build ups of mesmerising shapes and forms, to reveal ideas and make them accessible to the audience. A controlled chaos of organic nature. His work can be experienced during music and art events, AV performances, club nights and festivals in form of live performances, light installations and also motion graphics projects.

The Engine Room is a Morley College London initiative, continuing Morley’s legacy as a leading centre for electronic and experimental music and sound art. The Engine Room is a platform for the exploration, education and promotion of experimental sound and music. It aims to engage with students, emerging and established artists to encourage and promote new work. The Engine Room holds annual events, showcases and exhibitions. Previous events have included a festival, conference, competitions, exhibitions and performances. Courses are offered as part of Morley’s extensive portfolio of courses.