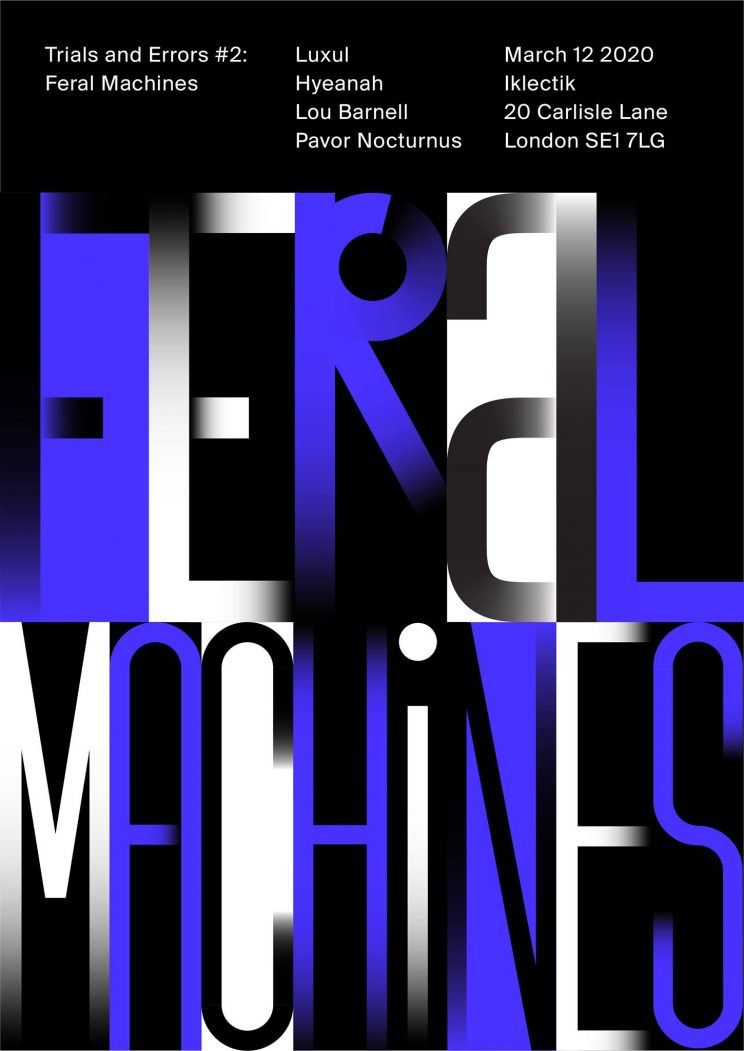 T&E comes back at IKLECTIK, one of our favourite experimental venue in town, on the 12th March.

Pavor Nocturnus (IT) * First UK SHOW (CANCELLED)
Eugenio Mazza is an italian musician and composer based in Milan. He composed music for theatrical performances, short flms and live soundtracks for mute movies.
Under the monicker Pavor Nocturnus he released two albums with the canadian label D.M.T. Records: the frst one “Streghe”, released in 2016, is a concept album about witches, rituality and the mix of fascination and terror they inspire; the second is a collaboration with the australian musician Tim Mcgee (Versuscode) entitled “Sognomeccanico”, a mix of drone, dark ambient and syncopated drums painting oneiric soundscapes.
Meanwhile he has perfomed in Italy, Spain and Canada, and a new album inspired by the paintings of H. Bosch, is going to be released in 2020.
His new live performance, called “Liturgia Elettronica”, mixes feld recording and sampling with droning sounds from analogue synthesizers, a mourning ritual that bends and twists the holy iconography in a new form of funeral chant.
Since 2018 he works together with Marco Valenti on the project Cameraoscura, debuting in 2019 on Toten Schwan Records with “Quod Est Inferius”, concept album about alchemy and Hermetism. Te duo also partecipate with original tracks to many compilation released by several labels like Dio Drone, Dornwald Records, Exabyss Records and more.
The musical style ranges through ambient, drone, industrial and electro, but many infuences come from classical music and extreme metal.
https://dmtrecords.bandcamp.com/album/streghe https://dmtrecords.bandcamp.com/album/sognomeccanico https://totenschwan.bandcamp.com/album/tsr-100-quod-est-inferius

Luxul (UK)
Luxul is centered around the use of an electric viola, an array of effects pedals and the human voice to create a meditative, cacophonous and often chaotic output that is ritualistic and primal. Each performance is improvised and created from scratch often with minimal forethought, relying primarily on the feel of the moment and atmosphere of the location.
https://luxulofficial.bandcamp.com/
https://www.facebook.com/luxulnoise/
https://www.instagram.com/emilieluxul/