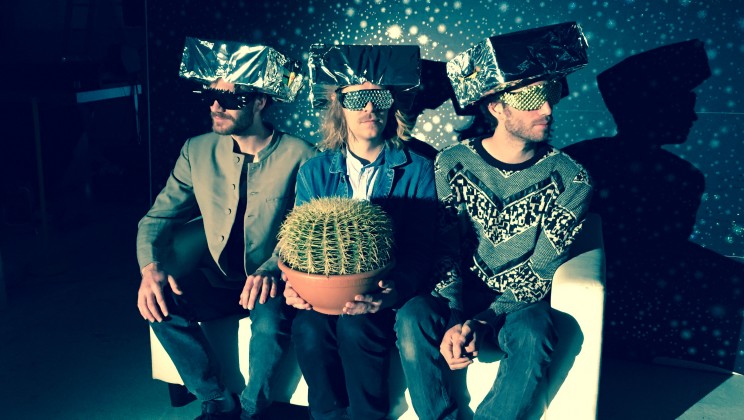 Trio Heinz Herbert makes music that evokes visions of a starry sky. It is urban, sometimes fast-paced, and yet there is air to breath. Music from Switzerland that doesn’t sound like the cheesy chocolat mountain cliche but still aims for an international audience. Electric guitar, electronic sounds, piano, samples and drums are instruments to enhance the present.

The trio runs on adrenalin, jumps on a drum-pattern, is drifting off into spheres of minimal music and industrial jazz. Improvisation here doesn’t mean tooting in the comfort zone, it is the constant transformation of unwritten music. These guys have smog-free view into space.

If you’ve ever been tempted by free improvisation, Parker is your gateway drug, wrote standup comedian and free-jazz fan Stewart Lee in The Guardian in 2010. He didn’t mean Charlie Parker but Evan Parker, the British jazz saxophone revolutionary who transformed the language and techniques of the instrument in the late 1960s and has since become one of the most admired and influential saxophone improvisers on the planet. Parker has been rewriting the book on the sounds that can be made with a saxophone for almost half a century, developing a remarkable post-Coltrane technique that has allowed him to play counterpoint on what was designed as a single-line instrument, generate electronics-like textures acoustically, and build a personal soundscape that avoids conventional tunes but has its own arresting lyricism. Parker has worked with comparable revolutionaries like John Zorn and Anthony Braxton, and played in experimental electro-acoustic groups and contemporary-classical ensembles – but he has also brought a sharp edge to more orthodox jazz lineups led by Stan Tracey, Kenny Wheeler and by the Rolling Stones Charlie Watts, and the celebrated South African orchestra Brotherhood of Breath. He has also recorded with singer-songwriter Robert Wyatt, with TV comic Vic Reeves, and has lent his inimitable sound to the more pop-oriented contexts of Scott Walker, David Sylvian and Jah Wobble. Evan has also curated festivals and run his own record company.