Our outdoor Kiosk is open from 6pm

An evening of live progressive ambient sets, several of which will be using the Amoenus ambisonic rig.

Tuesdays Post has hosted many incredible artists since 2011.
https://www.youtube.com/user/TuesdaysPost/about 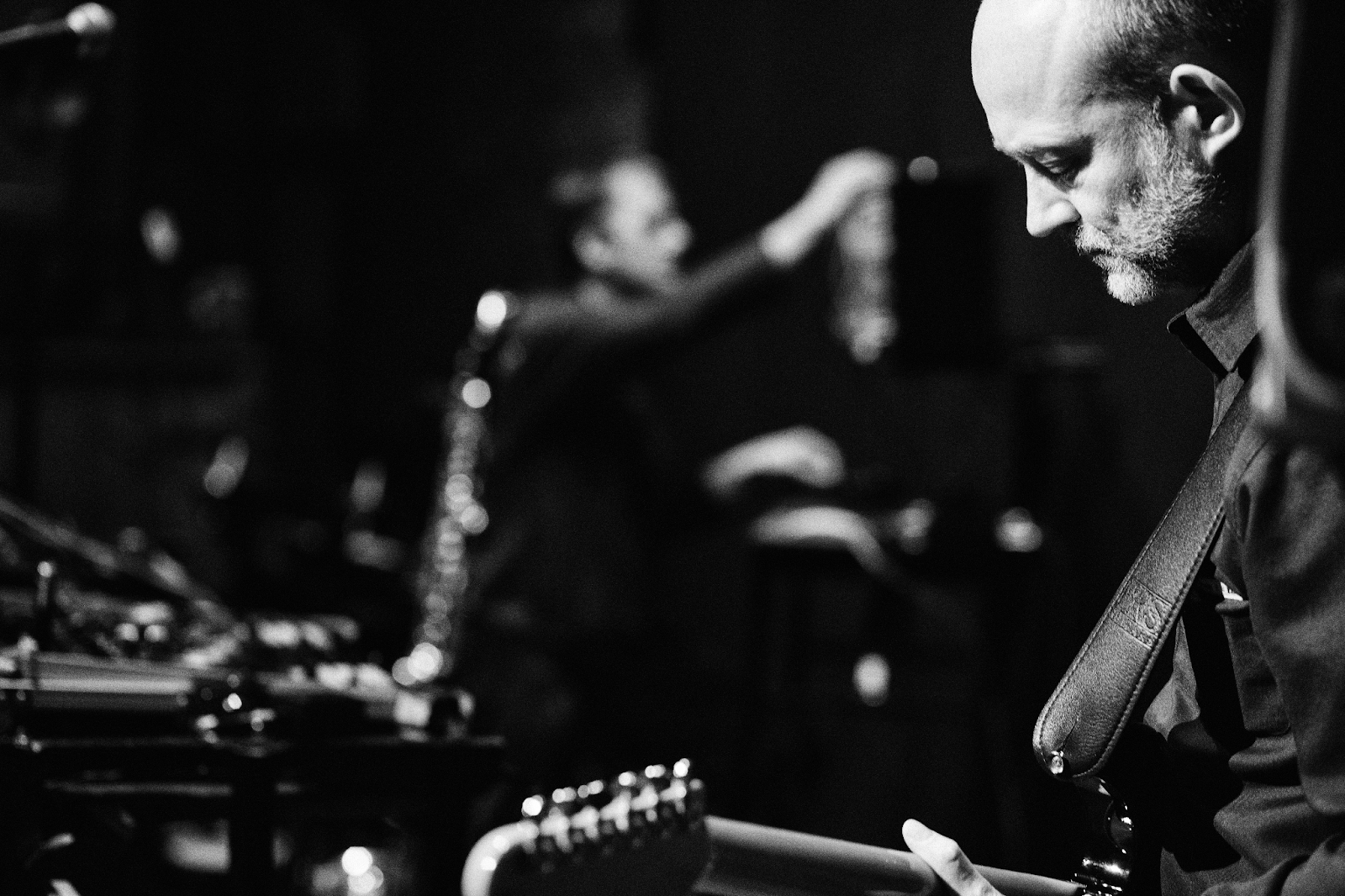 Darkroom are Michael Bearpark (guitars, pedals, loops and feedback) and Andrew Ostler (synthesizers, laptop, processing, woodwind & reeds).
A UK-based duo, Guitar but not guitar; synthesizers but not keyboards – Darkroom’s music starts with improvisation and a distinctive approach to sound design, followed by disciplined editing and stop-motion studio craft. By turns beautiful and beautifully ugly, theirs is a very human music that always sounds ‘played’ not ‘programmed’, despite the technology that’s essential for producing it.
Darkroom’s previous live performances include Santa Cruz (Y2K15 festival headliners), Zürich, Antwerp, Köln, Glastonbury, Cambridge, and many nights in London. They’ve contributed to film and BBC television soundtracks, and been remixed by Silver Apples, Bass Communion and others.
Michael is also guitarist for No-Man, Tim Bowness, Henry Fool and Pedaltone, among others, appearing both live and on studio recordings. He’s also a Professor of Computational Chemistry.
Andrew runs music software and hardware company Expert Sleepers, specialising in the integration of computers and analogue, particularly modular, synths.
http://darkroomtheband.net/ Elif will accompany Darkroom.
Born and raised in Turkey, Elif Yalvaç creates music using a vast array of instruments, including guitar, synthesizers, and Game Boy. Her works embrace opposites: microsound glitches and slow builds; celestial beauty and abrasive energy. Her music got international acclaim including reviews on the Guardian and the Wire Magazine. She holds an MA degree in Sonic Arts from Istanbul Technical University and delivered workshops on how to create music with a Game Boy. Endorsed by Arts Council England, Elif is based in the UK with a Global Talent Visa.
https://elifyalvac.com/

I’m an artist and researcher, working with sound, media and technology.
My background is in music – I’ve worked in various areas, but in the late 90s settled on electronic music; with and without acoustic instruments. instruments. Since then, I’ve diversified: sound still underpins everything that I do, but collaboration has become a key feature of my work, particularly in the field of dance, both as a musician and in a broader capacity working in particular with interactive systems and telepresence. I’ve also moved into working with video, in a series of fixed-media pieces and installation works. I’ve also become increasingly involved in live performance.
I have a long career as an academic, having delivered and run many courses across all undergraduate and postgraduate levels.  I am currently Emeritus Professor at of Creative Music Technology at Bath Spa University. https://tt-josephhyde.bandcamp.com/album/spherical-harmonics
https://josephhyde.co.uk/

Jono Podmore is a Professor of the Practice of Popular Music at the prestigious Hochschule für Musik in Cologne, Germany. He has been no slouch with his own musical projects, working under his Kumo alias across multiple releases, live performances and DJ sets worldwide; collaborating with artists as diverse as Can, The Shamen, Jamiroquai, Metamono, Swantje Lichtenstein and Jhelisa Anderson. The lyrical strains of Podmore’s theremin; his work with writers, visual artists and in the film industry, all continue to push boundaries.
He’s a regular contributor to music and culture magazines incl. The Quietus, and co-wrote and edited the book Jaki Liebezeit (2020) about the master drummer. Jono hails from Liverpool and lives with his synths in SE London where he teaches Tai Chi.
https://linktr.ee/jonopodmore

With a keen ear for all things trance-inducing and mind-boggling, Hems’ productions and performances are deeply rooted in aspects of experimentalism and draw together spiralling avant-garde influences from electronica and musique concrète.
Henrique has recently released two exemplary records ~ “Chaotic Affair” on his collaborative imprint Titrate Records and “Post Radiance”  via the London-based outlet E2-E8. Together with Eight Fold Way, he is the originator of the deep listening sound cult Hardcore Chillout.
https://ra.co/dj/hems

Georgina Brett’s music is created using her voice and effects pedals.. weaving modular choirs often in an hypnotic style. The point of her music is not only to captivate with extraordinary timing, vocal technique and melodic/rhythmic style but also to be an aid to reaching meditative states. At IKLECTIK, Georgina will be presenting precomposed pieces especially for the Amoenus rig and IKLECTIK.
http://www.georginabrett.co.uk/