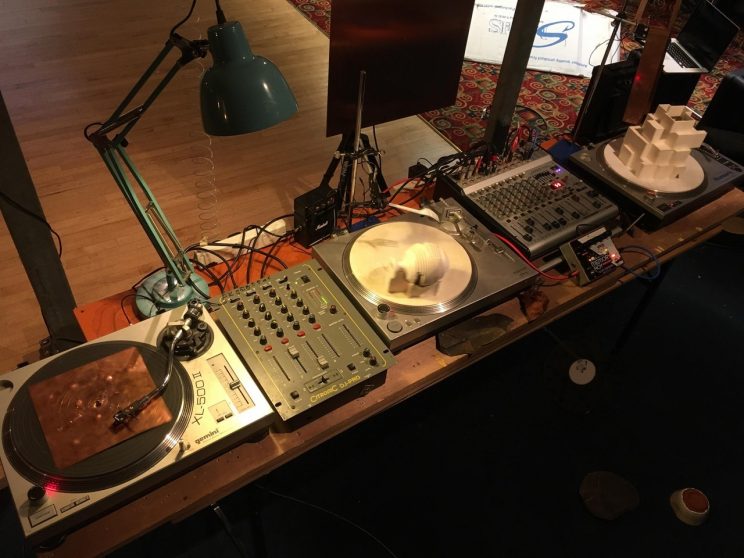 Copper sounds are a Bristol based duo who are pushing the conventional DJ set towards a more three dimensional conclusion. In their bag they have copper dubplates, ceramic pots, heavy icelandic rock, self-pressed locked grooves and the fossil records (for the heads).

During their expansive live dj sets they juggle four turntables to extract and manipulate the native and otherwise dormant sounds of their eclectic record collection. These rhythms and collisions are driven into a 12 channel mixer and propelled further into hefty homemade FX and reverb units. The imposing but hypnotic physical set-up sculpts a dark and fractious dancefloor energy, which the duo rides into a prehistoric and tectonic assault. 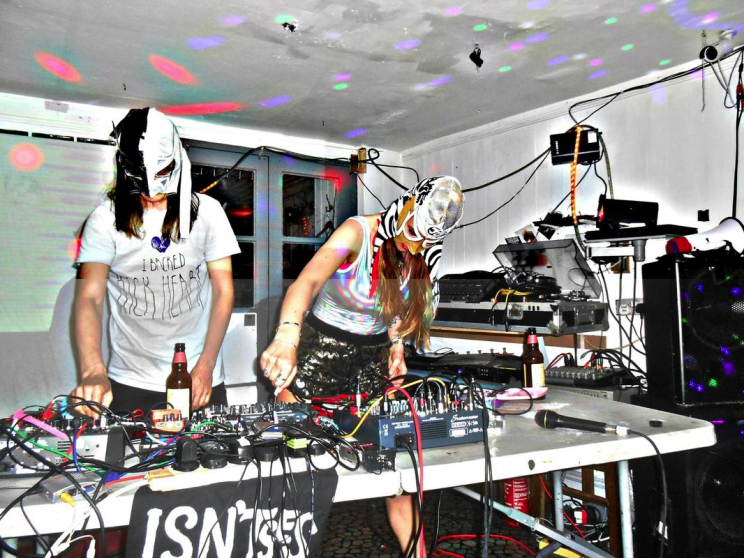 Adhering only to a mythical structure Isn’tses inflect a narrative of textured sound and auditory fullness using esotericelectronics, expanded vocals and emotional valences. Their music conjures themes such as paganism, political anger, intergalactic heroism and a playful interpretation of popular culture. An Exploration between Listen Lisse and Cementimental.