Corpora Aliena is pleased to present a concert of diverse experimental music performances: Dreams and Shadows – an evening of thoughtful meditations featuring; the composer Bernhard Living, who will perform a live version of his digitally-based ‘Composition 2017/06 (A Coincidence of Light)’ – a work made up of repeating and evolving layers of sound with noise and fragmented harmonies;

Pascal Savy will present a new electronic piece inspired by the strange ontological realm of dreams. His live composition will explore the space that lies between existence and non-existence in which oneiric memories cast a haunting shadow onto reality itself; and under her new alias of Avsluta, Lucie Štěpánková will be performing a minimalist/progressive set – combining synthesized compositions, abstracted field recordings and live improvised interaction with materials and objects.

In addition to the music performances, there will be a screening of  videos produced by the Portuguese artists Pedro Barateiro, Rui Calçada Bastos, João Pedro Fonseca, Luisa Jacinto and  Nikolai Nekh – whose works are filled with contemplative observations of time, space, feelings, lives, lost expectations or phantasmagoric dreams. Scroll down for more information.

The Dreams and Shadows concert is an exciting opportunity to see and hear some of the leading international musicians and artists who are a part of the contemporary experimental music scene. 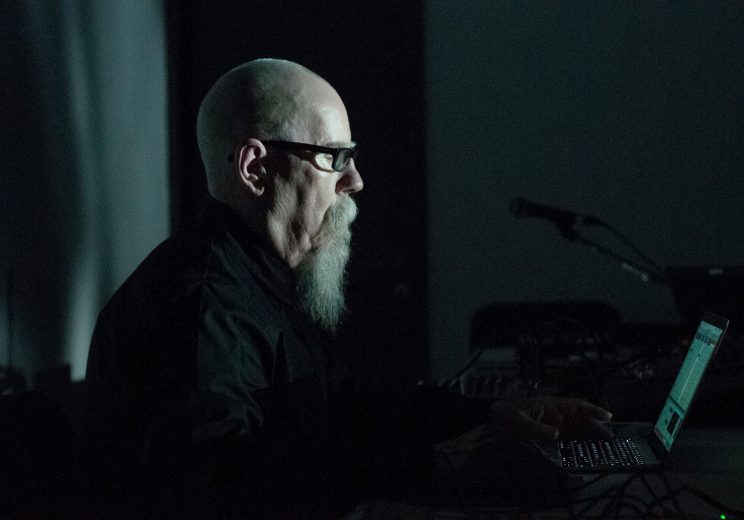 Influences for Living’s work range from the historical avant-garde, including John Cage, Morton Feldman and Edgard Varèse; the Russian avant-garde artists Kazimir Malevich and Olga Rozanova; American jazz, Eric Dolphy and Albert Ayler; American abstract expressionism and colour-field painting, Mark Rothko, Barnett Newman and Morris Louis; American minimal art, Agnes Martin, Donald Judd and Carl Andre; to contemporary loop-based dance music, particularly techno. In many ways, his music could be considered as an evolved non-dance form of techno, but one that exists within a different cultural context and along a different time continuum. 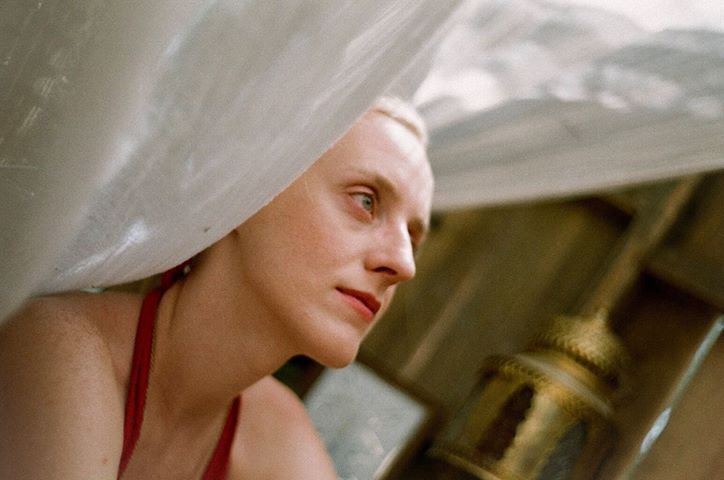 Avsluta (Lucie Stepankova) is a London-based Czech-born electro-acoustic composer, improviser and sound artist. Recent graduate from Sound Arts and Design bachelor programme at the London College of Communication and a great admirer of contemporary classical, experimental and dance music, her practice is a genre-fluid journey through deep listening situations, sonic abstractions, dream sequences and pulsing layers of ambiance.

Her compositions are created through intertwining synthetic sonorities, field recordings and live and recorded acoustic free improvisation with objects and materials. Her interest in Eastern philosophy and meditation is translated into her work through use of repetition and extensive durations. The uninhibited nature of field recordings and the detailed raw intensity of improvised sonic explorations in connection with the structured synthetic sequences are forming what she calls the Phantom Field. It is a field of deep sensibility to sonic sensations and inner experiences of emotions, altered states and dreams. It is a way of being here and now, being in the right place at the right time. 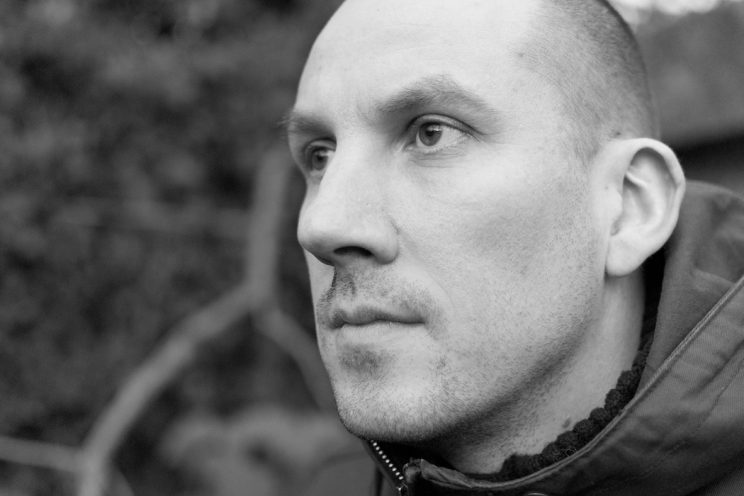 Pascal Savy is a French sound artist and performer based in London. He started making music in the late nineties influenced by early techno and experimental electronic music. Over the last decade he has explored sparser and calmer territories, often reflecting on time, presence and the elusiveness of reality. In parallel to his interest in more minimal and quiet music, he has been heavily influenced by the writings of cultural and political theorist Mark Fisher and has in consequence explored more reactive and politically charged terrains. His recent album ‘Dislocations’, released on Experimedia in May 2018, was conceptualised and articulated around the concepts and ideas developed in ‘Capitalist Realism’ in which Fisher surveys and analyses the symptoms of our current cultural and political malaise. 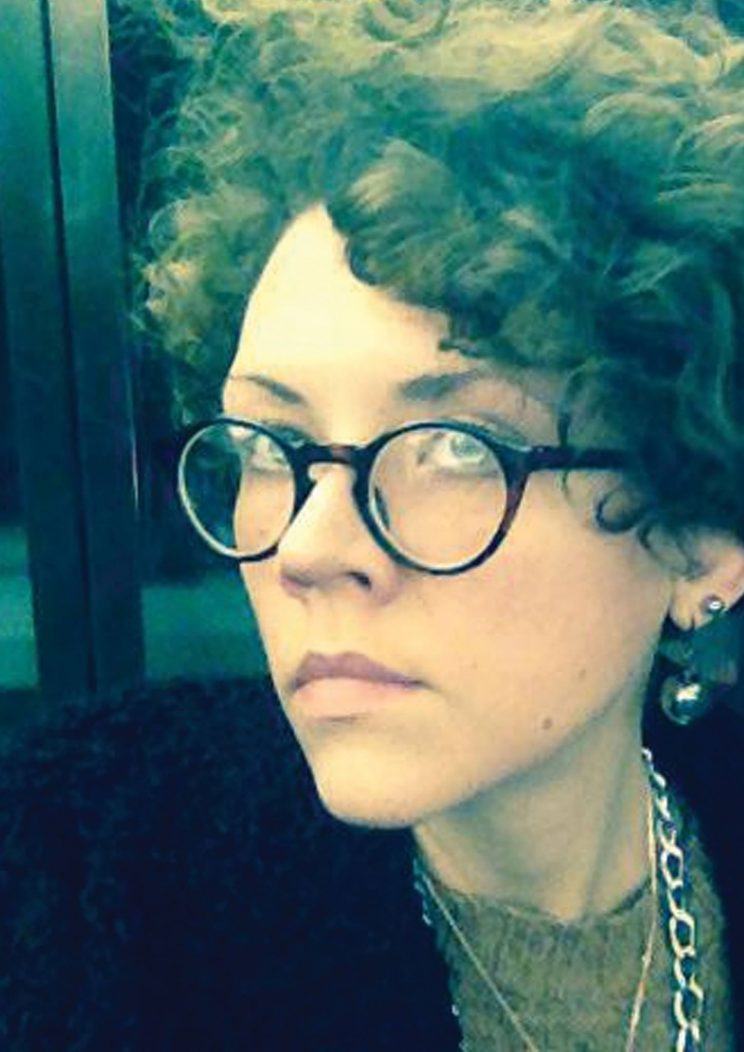 Dasha Birukova (b. 1985, Russia) is a curator and writer based in Lisbon and Moscow. She graduated from the Russian State University for the Humanities, Moscow, Russia, art history department and at the Russian State University of Cinematography (VGIK), Moscow, Russia, cinema history department. Her specialisms are experimental film, video and media art,

During 2018 Birukova lectured at The Russian State University for the Humanities, Moscow, Russia, Department of the art history and at the British Higher School of Art and Design, Moscow. 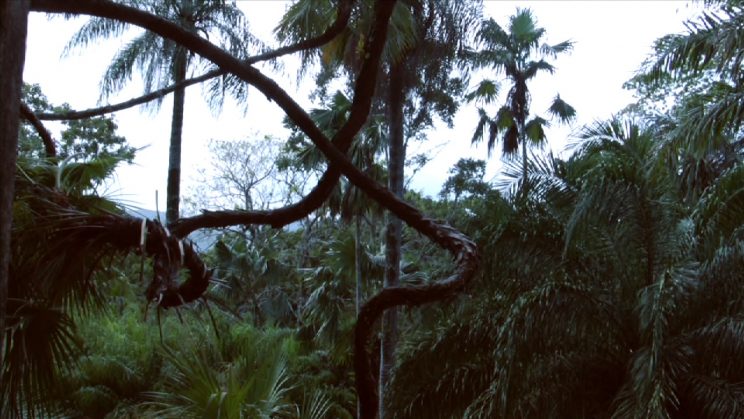 Curfew – Part I was made from footage of Sítio Roberto Burle Marx, in Rio de Janeiro, Brazil. It’s a space created by the landscape architect to house his collection of plants. The soundtrack of the film is a recording of theatre director Jorge Silva Melo reading a text by Ricardo Nicolau, where a series of actions and gestures are constantly broken by the word silence. The word silence interrupts any possibility of a continuous communication in an exercise of reflecting on the colonial past while at same time taking into consideration the current geopolitics of economics of a post-capitalist existence. The title of the installation Curfew – Covering the Fire (2013) refers to the etymology of the word curfew, as a way of addressing the political and economic situation lived in Portugal during the financial crisis.

Bio: Pedro Barateiro (b. 1979, Almada, Lives and works in Lisbon. Working in sculpture, performance, writing and film, he has exhibited internationally at Kunsthalle Basel; Serralves Museum; Museu Coleção Berardo; Kunsthalle Lissabon; Lumiar Cité; 29th Bienal de São Paulo; 16th Sydney Biennale; 5th Berlin Biennale; Palais de Tokyo; nGbK, Berlin; and M HKA, Antwerp; amongst others. Barateiro programs for Spirit Shop, an artist run space initiated in 2018. He was involved in Parkour, a space for exhibitions, screenings and performances from 2012 to 2014. With Ricardo Valentim, he has co-edited the books ACTIVITY (JRP-Ringier, 2011) and Temporary Collaborations (2008). A monograph on his work has been published by Kunsthalle Lissabon and Sternberg Press. 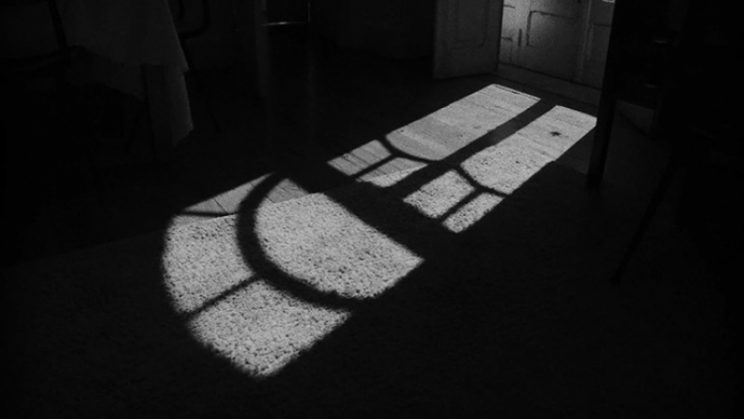 “The latest work of Rui Calçada Bastos, the film Le spectateur éternel (2016), is almost like a summing up of his work until now. It includes travelling and the acknowledgement of home at the same time. After years of extensive travel or constant displacement, he has returned to his hometown of Lisbon. While having arrived, he cannot escape the very impulse, which has been guiding his works since the beginning, making a virtue out of homelessness. Having always been on the move, he finally decides to stay at home and ventures on a journey in the confines of his room. We never see the wandering inhabitant, but the lens of the camera shows us that his eyes take delight in the sensations of the room, the armchair, the play of reflections of the moving sun on the walls and only occasionally venturing to the window, contemplating the fleeting shadows cast by passing airplanes over the facades of the neighbouring houses. A kind of travel that he has left behind.”

Bio: Rui Calçada Bastos was born in Lisbon in 1971.

After a stay in Paris, at Cité international des Arts, he moved to Berlin in 2002 for a residency at Kunstlerhaus Bethanien. In 2004, Calçada Bastos was awarded the Arbeitstipendium der Senatsverweltung fur Wissenschaft, Forschung und Kultur in Berlin.

In 2005, together with artists Sergio Belinchon, Santiago Ydanez, Paul Ekaitz and Antonio Mesones, he co-founded the artist-run space Invaliden1 in Berlin. Until 2015, Invaliden1 presented and exhibited the work of almost a hundred contemporary artists from around the world.

Working with and in the cities that he traveled to or lived in (Macau, Shanghai, Paris, Lisbon, Berlin, Los Angeles, Rio de Janeiro) Calçada Bastos’ focuses on urban landscapes, objects, shapes and situations that would perhaps be overlooked at first glance. Working with photography, video, sculpture and drawing, he explores his themes poetically, confronting the viewer with a self-referential view. In a real and metaphorical sense, the reflections, duplications and confrontations constitute variations on a leitmotiv that runs through Rui Calçada Bastos’s videos, photographs and installations dealing with self and other, inner and outer, here and there. The artist continually changes his position in a perpetual attempt to reach towards self-assurance or anchorage, which never seem to take place. 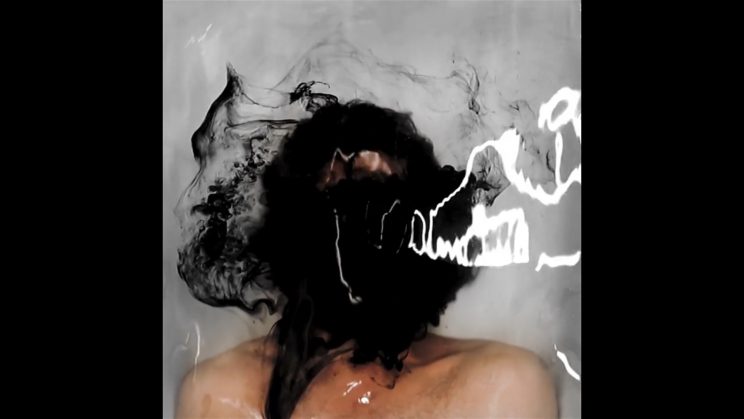 The little knowledge about Antinous’s death haunts his story to this day. Created several interpretations over the years, the reasons and myths have become innumerable, however, they all can’t escape a truth that unites them: Antinous died in the river (Nile). This piece intends to perpetuate Antinous in the waters that make up the most extensive vein in the world, a vein that carries its last breath. What emerges here is not so much an elucidation for its fateful end, but an issue that floats in its afterlife: we will still be able to hear the last breaths of Antinous and be the waters of a river the strongest window of memory?

Bio: João Pedro Fonseca, 1990, Portugal, works in several artistic fields. Studied painting at the Faculty of Fine Arts of the University of Lisbon but he concentrates his mainly work in the area of performance, video art and installation, already made exhibitions in galleries of Montpellie, Lisbon, São Paulo, Mexico City and Mallorca, and highlighting in several festivals as FUSO – VideoArt Festival, LOOPS. LISBOA, Jovens Criadores, Mundos Alternativos, Videoformes Festival, ARTNIT CAMPOS – Contemporary Art Festival and FICMA – Festival Internacional de Cine con Medios Alternativos. He is quite connected to the theater, working with video and scenography, made the opera “L’Isola Disabitata” (CCB, Lisbon, 2016), the plays “The Great Wave of Cold (from Orlando by Virginia Woolf)” (CCB, Lisbon, 2017), “Death of a Salesman” (Almada, Benite, 2018) “Sócrates tem de Morrer” (2018), “Testament in three acts” (CAL, Lisbon, 2018) and the contemporary dance play “Fraternidade” (Aveiro, 2018). Is director of ZONA – Artistic Residencies and the video art showcase LOOPCAVE in Desterro, Lisbon. He is founder of the electronic music label “No, She Does” and “ZABRA records”. Recently, created his first performance on stage “Anatomy of Extinction” at Appleton, Lisbon. 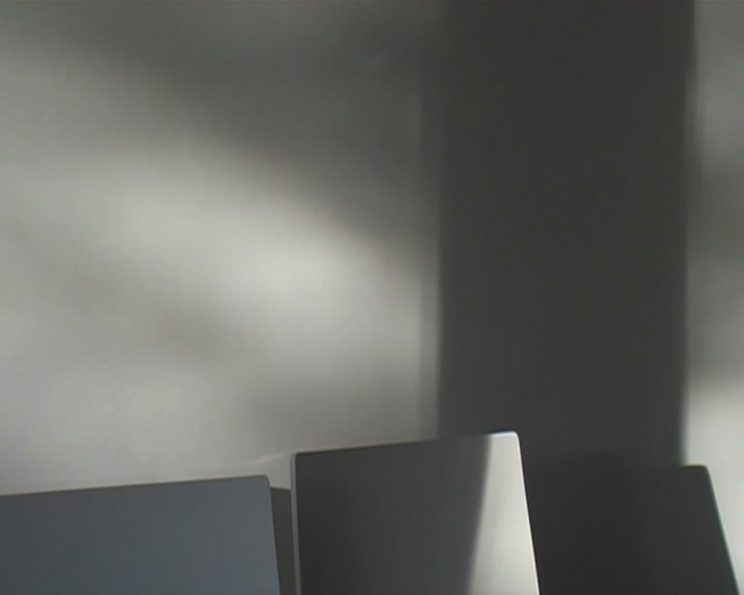 Things change quickly was shot in an apartment in North London. The concept is what the words hold as a title. I mean an awe, a terror, or joy, because there is a general movement in things, there is a slow and vertiginous break of being. It is an invitation to the present. To a time that does not obey or discuss. Streams, precious and indifferent. A gift. As Constable said, “I have never seen a single ugly thing.”

Bio: Luísa Jacinto, 1984, lives and works in Lisbon. She frequented the International Study Programme of Maumaus in 2017 and finished her MA at the Central Saint Martins – Byam Shaw School of Art in 2009. 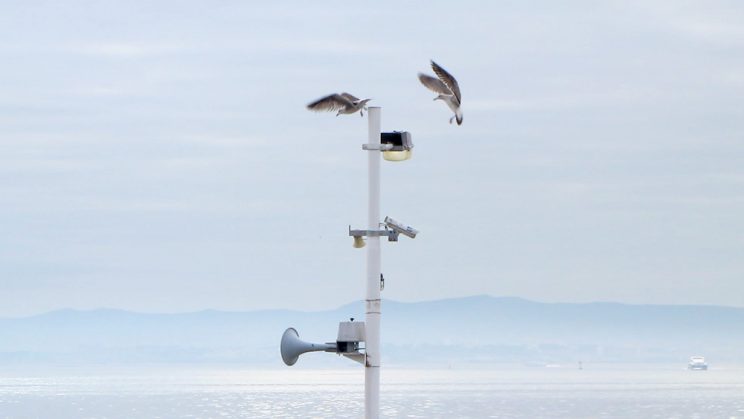 A fragile composition with half-tones of everyday drama, built on the bustle of a harbour. The audio composition of arriving ships and ferries, the loading and unloading of people and goods, and the sound of seabirds results in a captivating industrial symphony in which subtle associations work to combine the images with the audio story of a place on the seashore.

Bio: Nikolai Nekh (1985, Slavhansk-na-Kubani) lives and works in Lisbon. His artistic practice consists in production and distribution of images. He is interested in trajectories of capitalism and its modes of representation.