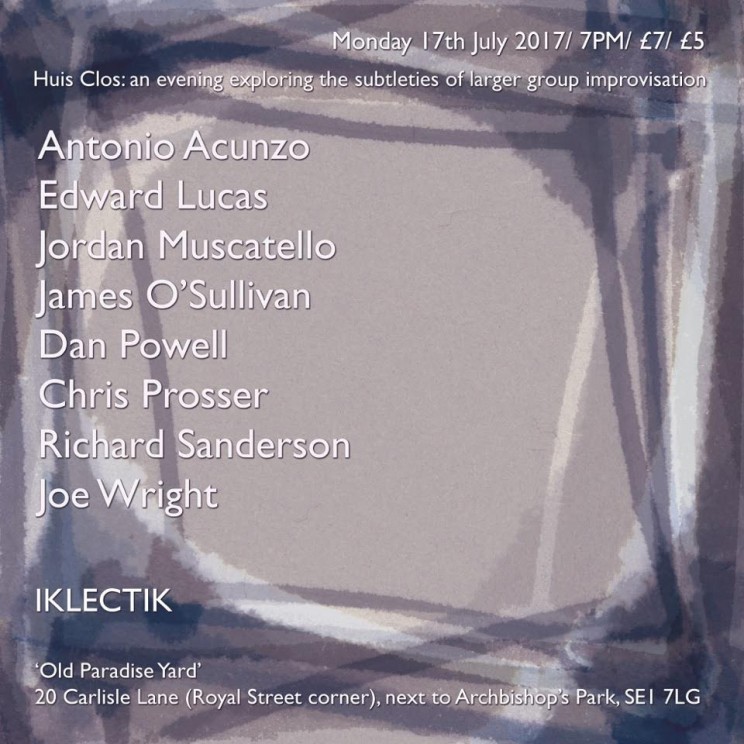 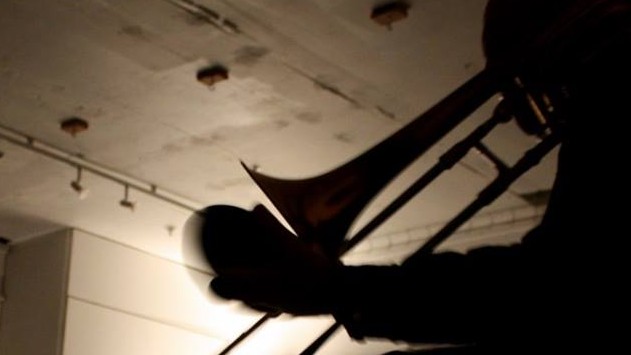 Edward Lucas is a trombone player from London. His playing is a process of investigation into the sonic and collaborative possibilities of the instrument. Over the years he has had many associations with improvising musicians in London and beyond; several encountered at Eddie Prévost’s improvisation workshop and John Russell’s Mopomoso series. He co-runs (with Daniel Kordik) the label and concert series ‘Earshots Recordings’ developed through their long running synth / trombone duo. His latest release as part of the group KILT (Daniel Kordik / Ken Ikeda / Edward Lucas) is available on Earshots. He has an upcoming CD release with guitarist Daniel Thompson on the Inexhausitble Editions label. 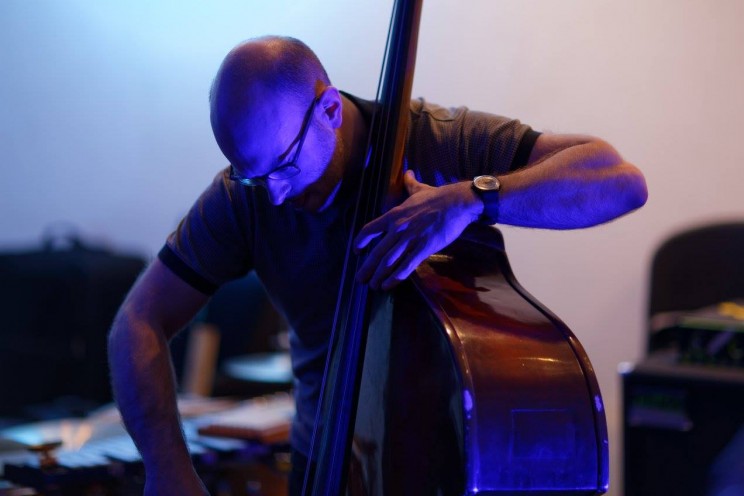 Jordan Muscatello is a London-based bassist predominantly active in improvised music. A frequent attendee of Eddie Prévost’s weekly workshop, he has performed with many members of London’s community of improvising musicians and is a regular member of Rick Jensen’s Apocalypse Jazz Unit. Photo: Martin Delaney. 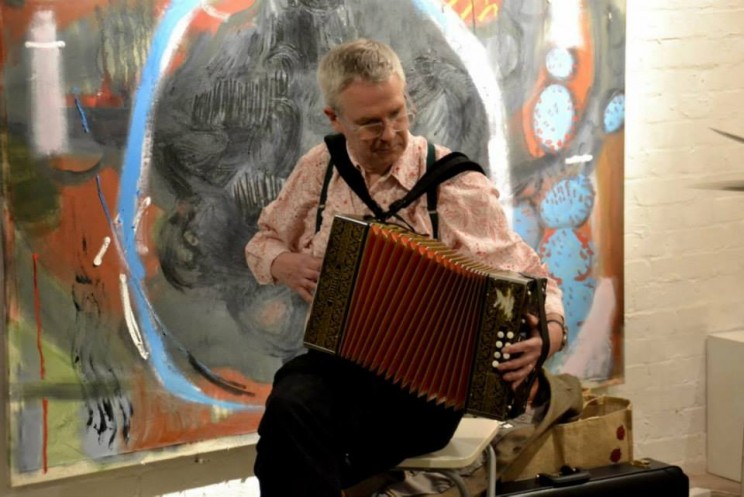 Richard Sanderson is a London based improvising musician who plays the melodeon (diatonic button accordion), often expanding it with the use of foot pedals. He is a member of the Horse Trio, Ticklish, Lost Robots and Browne/Thompson/Sanderson, and has performed throughout the UK and Europe. He runs the experimental label “Linear Obsessional Recordings” and dances with Blackheath Morris Men. 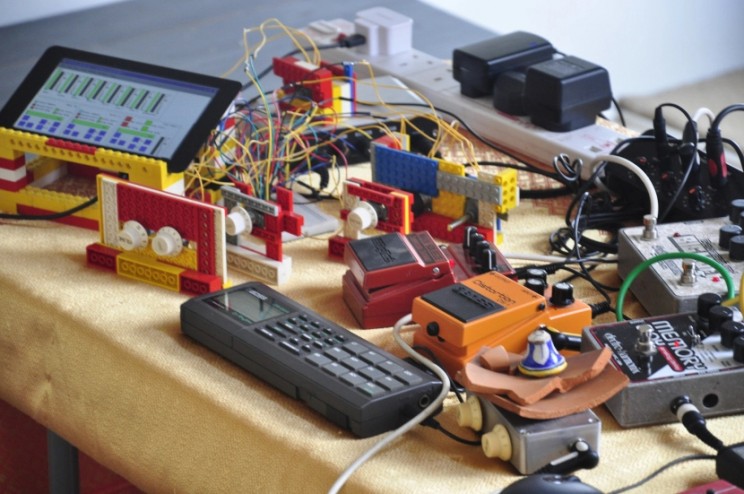 Dan Powell is a Brighton-based sound artist who uses handmade and proprietary electronics, tuned percussion and a variety of acoustic instruments and household objects to make his work. Collaborations include his involvement in the OMSK collective, organising arts events, and his work with Gus Garside and Chris Parfitt in The Static Memories and Nil respectively. Solo projects include a hand built electronic instrument and, and a piece marking 75 years of St Dunstans hospital. 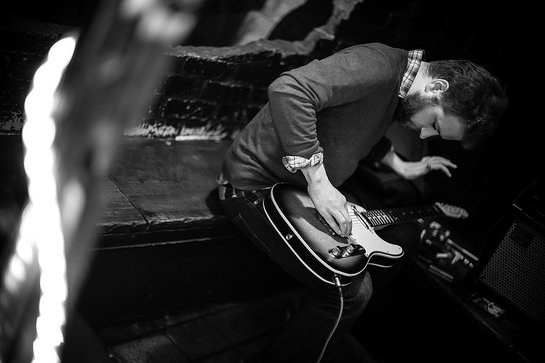 Using a combination of feedback, conventional guitar techniques, and instrumental preparations, London-based electric guitarist James O’ Sullivan exploits the full sonic potential of electric guitar, amplifier and the environment in which both are placed. His interest in improvisation, recording and performance has led him to record and perform internationally, both solo and with numerous improvised music groups. More longstanding arrangements include Found Drowned, a trio with Pete Marsh and Paul May, and his collaboration with Thanos Chrysakis on several releases on the Aural Terrains exploratory music label. His debut solo album ‘feed back couple’, was released on the Forwind label in 2011. His second solo album, ‘IL Y A’, is due for imminent release on Linear Obsessional. 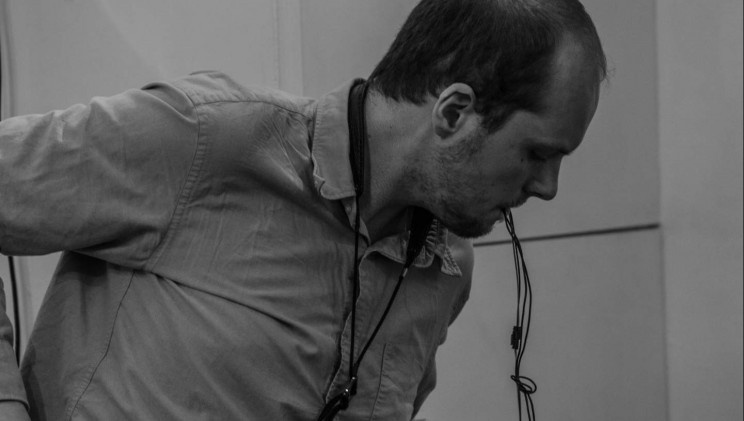 Joe Wright is a saxophonist/improviser and researcher based in London, he is interested in how electronic systems can be used to change his relationship with the saxophone and with improvised performance. Photo: David CT O’Connor. 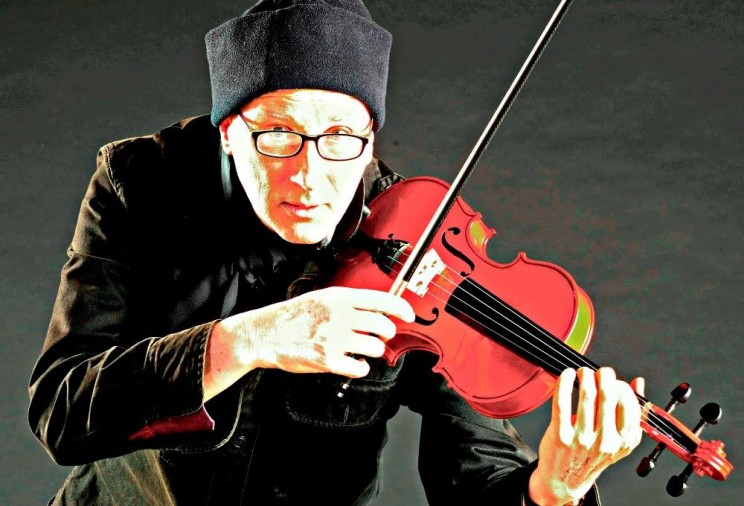