Rockfort is a column on The Quietus presenting the best in underground French music, and now presents the first in a new series of regular shows showcasing some of France’s incredibly vibrant alternative and avant-garde scene. Léonore Boulanger will supported her special guest, Glaswegian songwriter and bassist Howie Reeve. 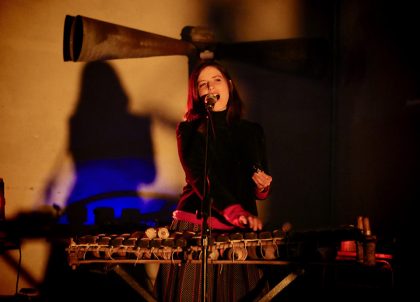 After many tours in Europe she is back on stage with a fourth album Practice Chanter (on the Le Saule label). It’s a four-handed album with Jean-Daniel Botta who was the main composer of the previous albums. Léonore bring languages into corkscrew-shaped dances.

An organic music that flounders with the most serious childhoods, she sings french like a foreign language which becomes universal.

“As with an artist like Brigitte Fontaine, it begs the question of how far chanson can go while still being considered as such; perhaps it remains so only in the fact that chanson was the point of departure. » The Quietus 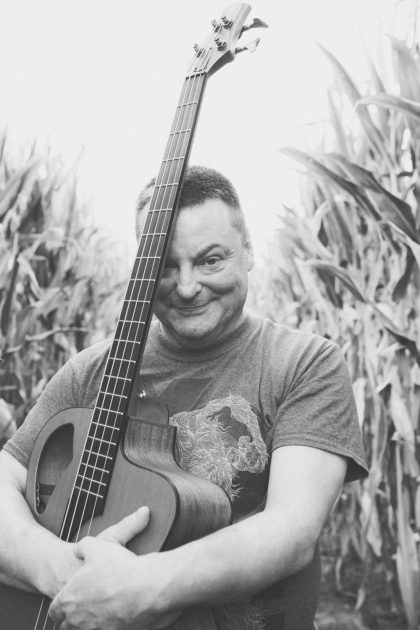 “As inventive and playful as it is richly emotional…his approach to bass is beautifully expressive, melodic and thoughtful, but also takes in flamenco-style flourishes, charging post-punk grooves, choppy, percussive passages and surprisingly violent bouts of chaos.” (Matt Evans, The List)

“Howie Reeve is a unique and singular figure in the current British underground. Having spent over 20 years playing in a number of key Glasgow bands, since 2012 he has been performing solo on acoustic bass guitar, delivering a fragmented and dexterous music that takes in post-punk, avant-folk. Increasingly turning to songwriting, he further engages audiences with cryptic, intimate and unsettling lyrics. Resolutely DIY in his approach to music, he lives in Glasgow but appears to be perpetually on tour, whether in the UK, Europe or Japan.” (Chris Joynes)