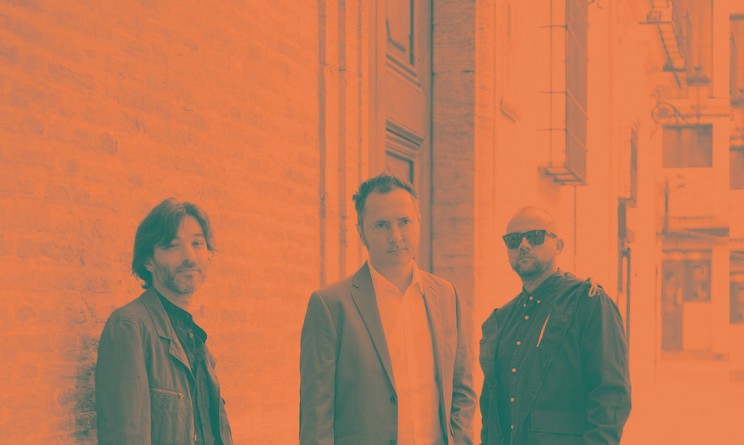 NAIMA takes its inspiration in contemporary jazz trend-setters like The Bad Plus, the Brad Mehldau Trio, E.S.T. and Avishai Cohen as well as instrumental bands beyond the strict confines of jazz sound, such as Tortoise, Jaga Jazzist, Cinematic Orchestra, and Christian Scott’s Stretch Music.

Featuring Enrique Ruiz on piano and synths, Luis Torregrosa on drums, and Rafael Ramos Sania on bass, for over a decade the Valencia-based electro-acoustic jazz trio NAIMA has Been honing an original repertoire and a distinctive sound that escapes from a conventional mainstream classification within the world of jazz and is being praised for the fine-balanced inner dynamics, unique approach to melody and emotional energy flows. NAIMA Started in 2004 with the intention of making music influenced by jazz bu not in any way bound to its rules and regulations. While the group has undergone several changes since coming together, Naima has maintained a group approach that often erases distinctions between soloist and accompanist creating dramatic and darkly romantic sound marked by astringent textures, arresting melodies, and tightly coiled rhythms.

The trio‘s latest album ‚BYE‘ was released in 2016 by Washington DC based company Cuneiform records, which is a solid milestone accomplished by one of the few Spanish jazz bands. The album was mixed by one of the best mixers in the music world Tony Platt, who has been working with Bob Marley, AC DC, Led Zeppelin, the Who and jazz trio like The Bad Plus, and mastered by Ray Staff, who has mastered previously for Led Zeppelin, The Clash and Nick Cave. The album‚ Bye‘ is on the top ten list of jazzalbums of 2016 in Spain, selected by the prominent jazz portal for Spain ‚ DistritoJazz‘. The previous records of the artist include Uno (2006), Buscas (2010), A Trio Conspiracy (2012).

In 2016 NAIMA was presenting the fourth album in the jazz clubs of Spain (Jamboree JazzBarcelona, Café Mercedes Jazz Valencia, etc.) laying background for coming to the jazz scenes of other countries in Europe. In November 2016 NAIMA already made its statement in the Northern Europe taking part in the Vilnius Mama Jazz Festival (Lithuania). The forthcoming plans of the band this year are participation in Saint Petersburg Jazz Festival (Russia), Jazz & Cooking InternationalFestival (Norway and Spain). Negotiations with other European festivals for the forthcoming summer-autumn period are being conducted.