The essay is the perfect format for a crisis. Its porous and contingent nature forgives a lack of formality, while its neglect of perfection and virtuosity releases the potential for the incomplete and the unrealizable. These seven essays on The Political Possibility of Sound present a perfectly incomplete form for a discussion on the possibility of the political that includes creativity and invention, and articulates a politics that imagines transformation and the desire to embrace a connected and collaborative world.

Seven artists, authors, theorists and practitioners will respond and engage each with one of the seven essays that form the book, expanding and challenging the writing beyond its pages into the imagination of the listener. 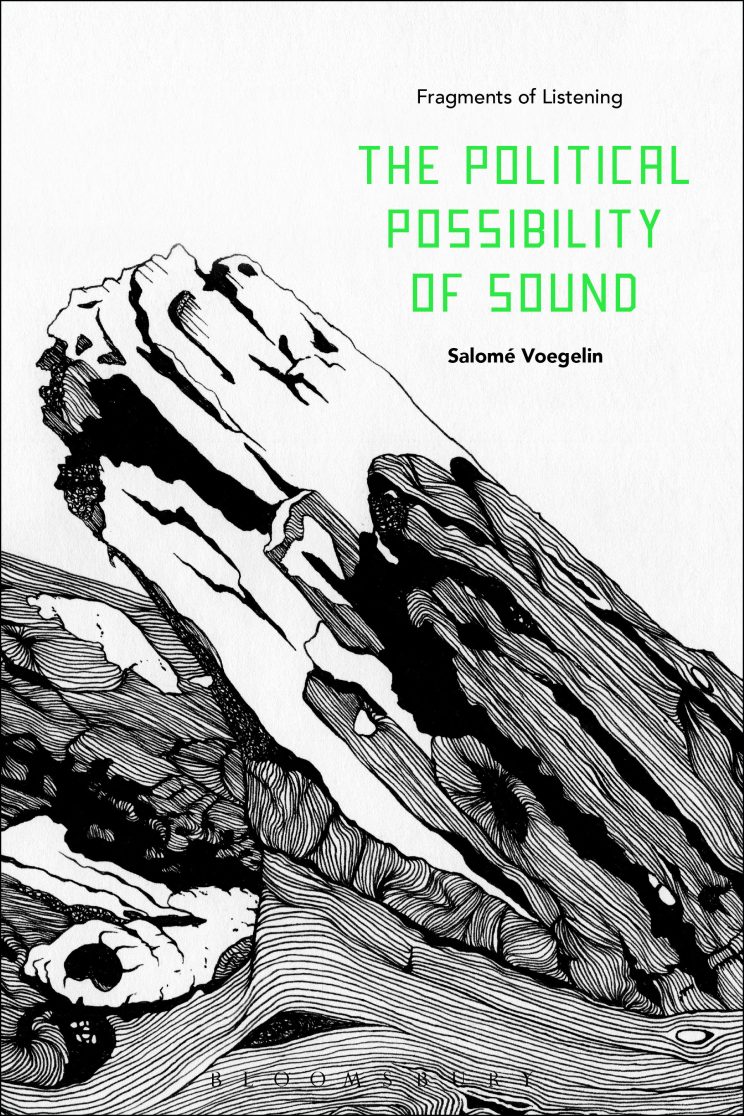 Nina Power teaches Philosophy at the University of Roehampton and is the author of many articles on politics, philosophy and culture.

Nisrine Mansour is a researcher and documentary filmmaker. Her work seeks to document the voices of people living at the political, social, and cultural margins in the Middle East.

Angus Carlyle’s research responds to inhabited environments through film, soundworks and textual practices, shifting between collaborative and solitary endeavours, the documentary and the poetic.

Thomas Gardner is a cellist, musician and sound artist. His current work considers the ways in which the post-war ruptures of art-music, as exemplified by the Darmstadt school, are met by an increasingly political understanding of sound art.

Aura Satz’s practice encompasses film, sound, performance and sculpture. She has performed, exhibited and screened her work nationally and internationally. She is Reader and Tutor at the RCA (Royal College of Art).

Mikhail Karikis’ work embraces moving image, sound and other media to create immersive audiovisual installations that emerge from his long-standing interest in the voice as a material and a socio-political agent.

Kevin Logan is a cross-disciplinary artist/researcher/teacher based in London. His work foregrounds sonic practice using a speculative blending of writing, performance, moving-image, and installation.