Do you have Theremin at home ?
Bring it together to explore the potential of your magic hands with the Theremin.
And also play together with each other in the group. 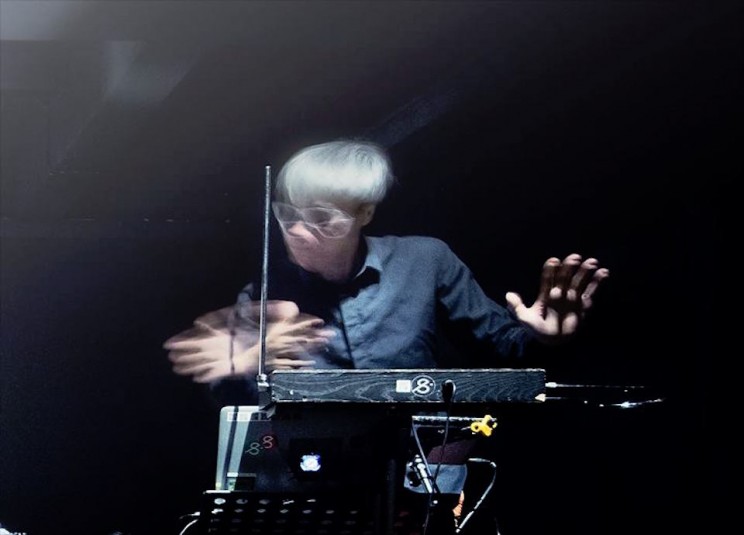 Ng Chor Guan from Malaysia is a composer, sound designer, thereminist, improviser, educator, cyclist, and, as the co-founder of Toccata Studio in Kuala Lumpur, an advocate of research and development in the arts. A familiar face in many international arts festivals across the continents, Guan is a prolific artist whose diverse body of work is rooted in the contemporary currents of technology and proves to transcend categories in performing arts.

As an internationally acclaimed composer and artist, Guan’s film music was awarded the Grand Prize in both the Clermont-Ferrand Short Film Festival in France (2009) and the Art Film Fest in Slovakia (2010). In 2011, Guan was awarded a Goethe Institut Scholarship in Bonn, Germany. In early 2015, he was selected from 2000 participants from around the world to participate in the Berlinale Talents, a program conducted in conjunction with the Berlin International Film Festival. Later that year, Ng Chor Guan served as the musical director for DanceNorth Australia’s 30th anniversary production, Twilight, which one a prize in the Australian Dance Awards. While in Germany, he was invited to improvisation sessions with the Folkwang Dance Company and the Suzanna Linke Dance Company. In 2016, he was selected by Austrian Ministry of Culture for a residency programme, giving lectures at the Academy of Fine Arts, Vienna. Ng Chor Guan is also a guest lecturer at University Malaya in Kuala Lumpur. He has produced 11 albums of original music.