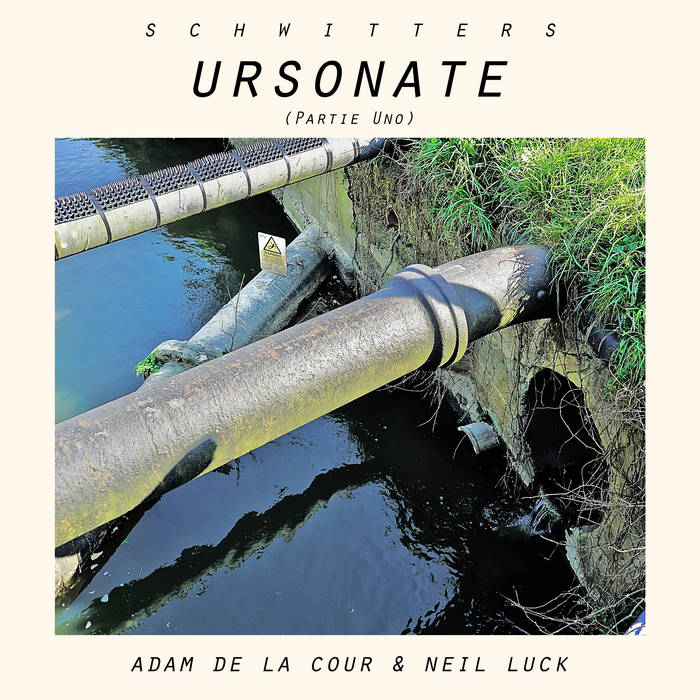 Please be as generous as you can!

Due to COVID19, a key venue and site for experimental music and performance in London – IKLECTIK – has had to temporarily close it’s doors. The space has been a fantastic supporter of both Adam and Neil’s work over the last few years.

As a gesture of support, all proceeds from sales of this go to IKLECTIK fundraiser.

Ursonate was first performed by German artist Kurt Schwitters in Potsdam, 1925. It became a regular and well-known performance for the dadaist, undergoing several adaptations over the years.

In 2012 composer and filmmaker Adam de la Cour was invited to perform parts of Schwitters’ poem at IKON Gallery, Birmingham, for The Voice And The Lens festival. Although the piece is written for a soloist, de la Cour invited composer and fellow squib-box founder Neil Luck to develop a duet version. The artists explain the mechanics of their performance:

“In this reading of Ursonate the mechanisms of speech production are bluntly, clumsily decoupled. Neil provides the lungs, larynx and vocal folds, improvising on an ACME mallard call resonating through, and distorted by, six feet of industrial plastic tubing.
At the opposite end of the pipe, Adam provides the ‘articulators’, struggling to filter this raw sound into Schwitters’s text via his mouth, tongue, teeth, and lips.
No electronic processing is used beyond basic amplification at Adam’s end of the tract.”