Voices in the Night

Bringing together inspirational musicians is always an exciting prospect. VOICES IN THE NIGHT is a one-off, unique event featuring some of the finest, internationally acclaimed free improvisers with the only composed element being the pre-determined small groupings of duos, trios and quartets.

Naturally, ’voices’ relates to the instrumentalists as much as to the vocalists – each artist is distinctive in expression, however each performance this evening will also include a human voice. Maggie Nicols, Ute Wassermann, Phil Minton, Kay Grant and Luisa Tucciariello are the extraordinary vocalists in the ‘Voices in the Night’ cast, and they’ll perform non-hierarchically in small ensembles alongside their equally distinguished instrumentalist colleagues John Edwards (double bass), John Russell (guitar), Mark Sanders (drums/percussion), Alex Ward (clarinet), Neil Metcalfe (flute), Michael de Souza (guitar) and Alison Blunt (violin).

Whether you’re just starting to listen to music that wouldn’t get mainstream airplay or whether you’re a regular listener to adventurous music, the ‘live’ experience offers the full-colour version of listening – and this line-up is full of magic. Quoting guitarist Derek Bailey, “Undeniably, the audience for improvisation…has a power that no other audience has. It can affect the creation of that which is being witnessed. And perhaps because of that possibility the audience for improvisation has a degree of intimacy with the music that is not achieved in any other situation.” Come and be part of the evening in the congenial acoustic and charming setting that is IKLECTIK. 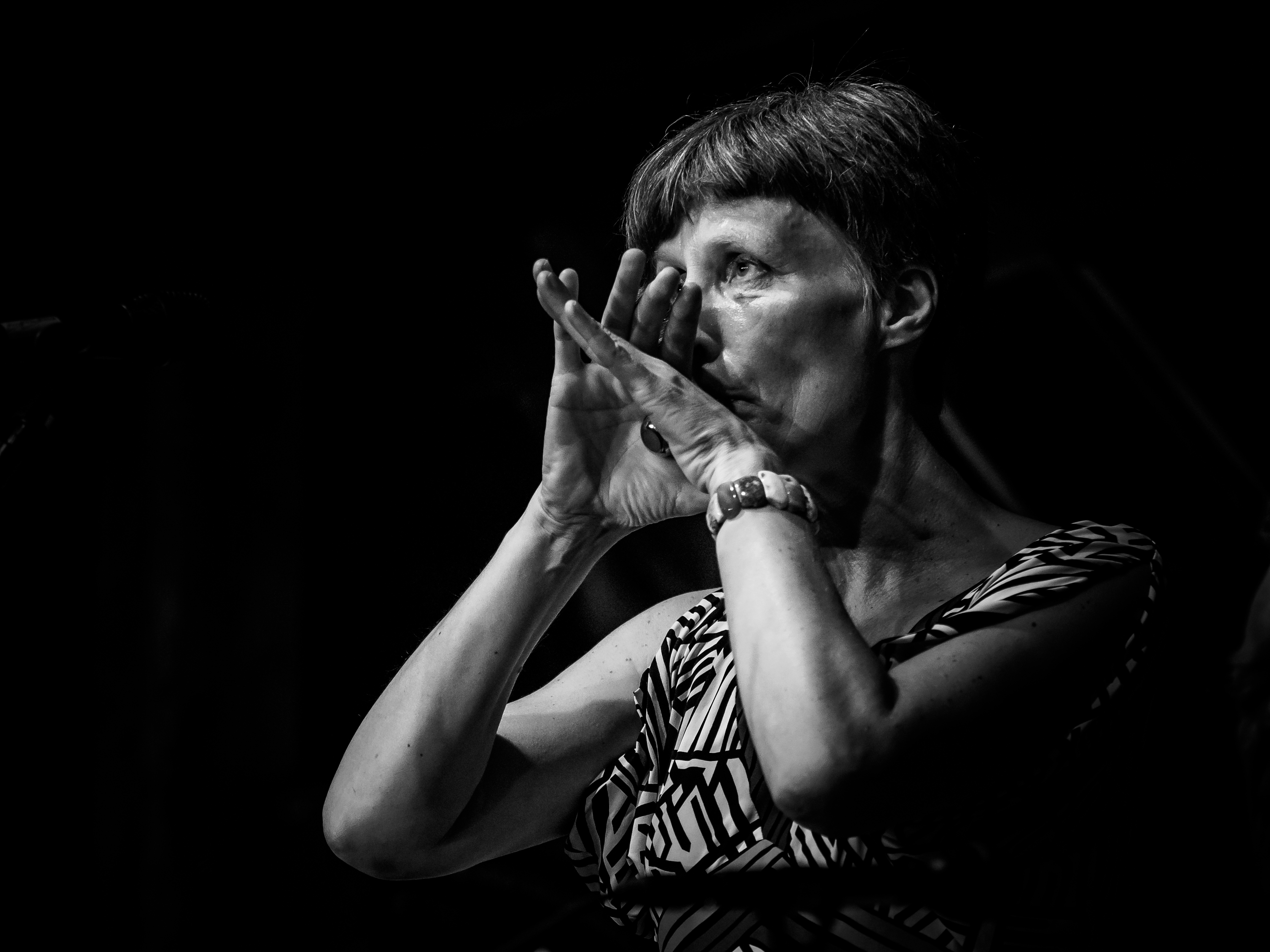 Ute Wassermann, composer, performer, sound artist and improviser is known for her extraordinary, many-voiced and extreme vocal sound-language which she has brought into experimental/ contemporary music in diverse ways. She has developed unique techniques to “mask” her voice using birdcall-whistles, palate whistles, speaker objects, resonators. Her work is based in the area between composition and improvisation, music and performance art as well as in free improvisation and interpretation. 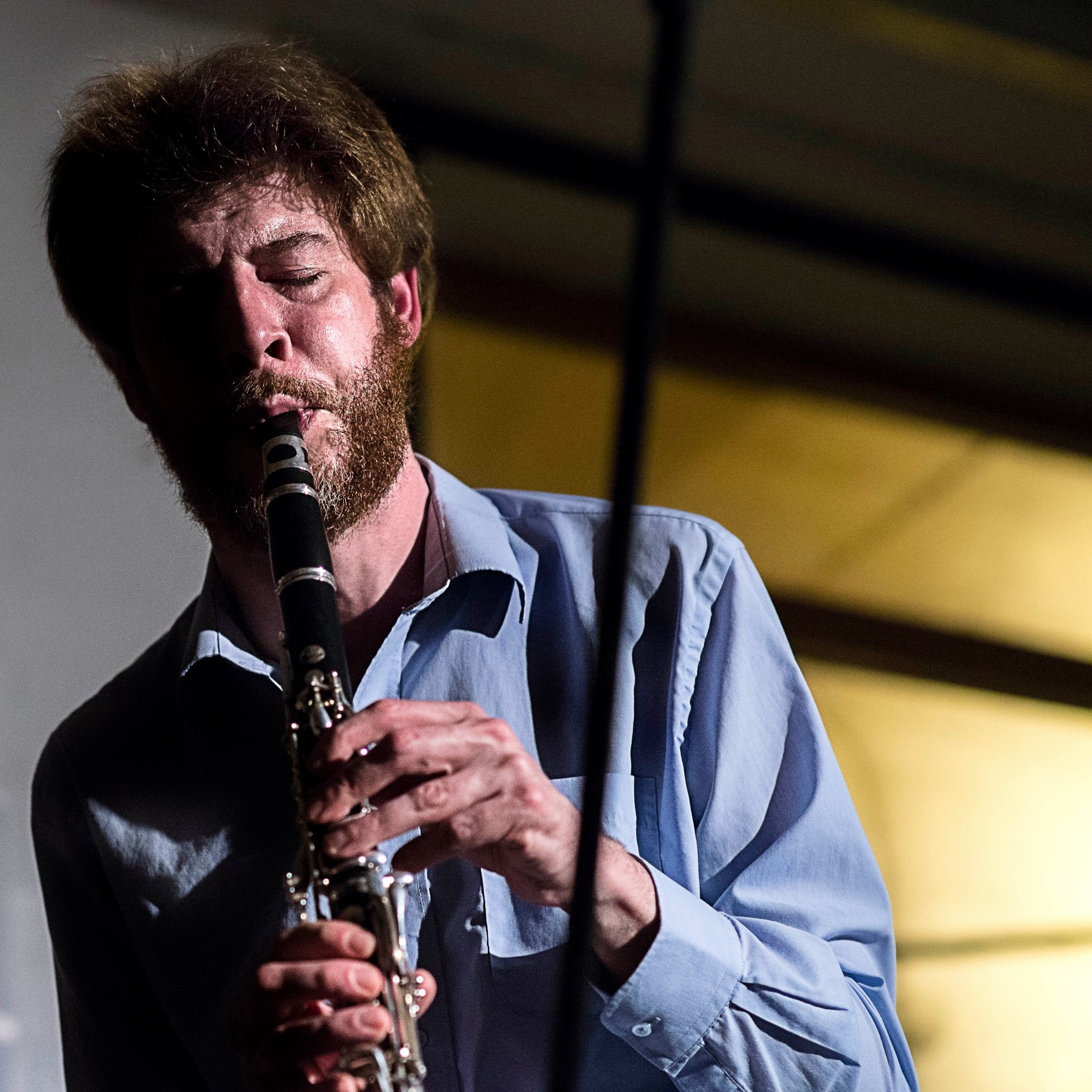 Alex Ward‘s involvement in free improvisation dates back to 1986 when he met the guitarist Derek Bailey, with whom he played on many subsequent occasions including Company Weeks 1988, 1990 and 1994. Since then he has gone on to perform as a clarinettist, and increasingly since 2000 as a guitarist, with a wide range of improvising musicians including Steve Beresford, Lol Coxhill, Thurston Moore, Joe Morris and Weasel Walter, amongst many others. Regular improvising groups of which he is a member include Weavels, duos with Kay Grant and Steve Noble, and Noble’s improv power-trio N.E.W. ; and he has also played in ensembles led by Simon H. Fell, Eugene Chadbourne, Duck Baker, and Luke Barlow (with whom he runs the label Copepod).

His current projects as composer/leader include the quartets Predicate and Forebrace; the Alex Ward Quintet/Sextet; a duo with Dominic Lash for which both musicians contribute compositions; and Dead Days Beyond Help, a collaboration with drummer Jem Doulton in which Ward plays guitar, sings and co-writes the material. 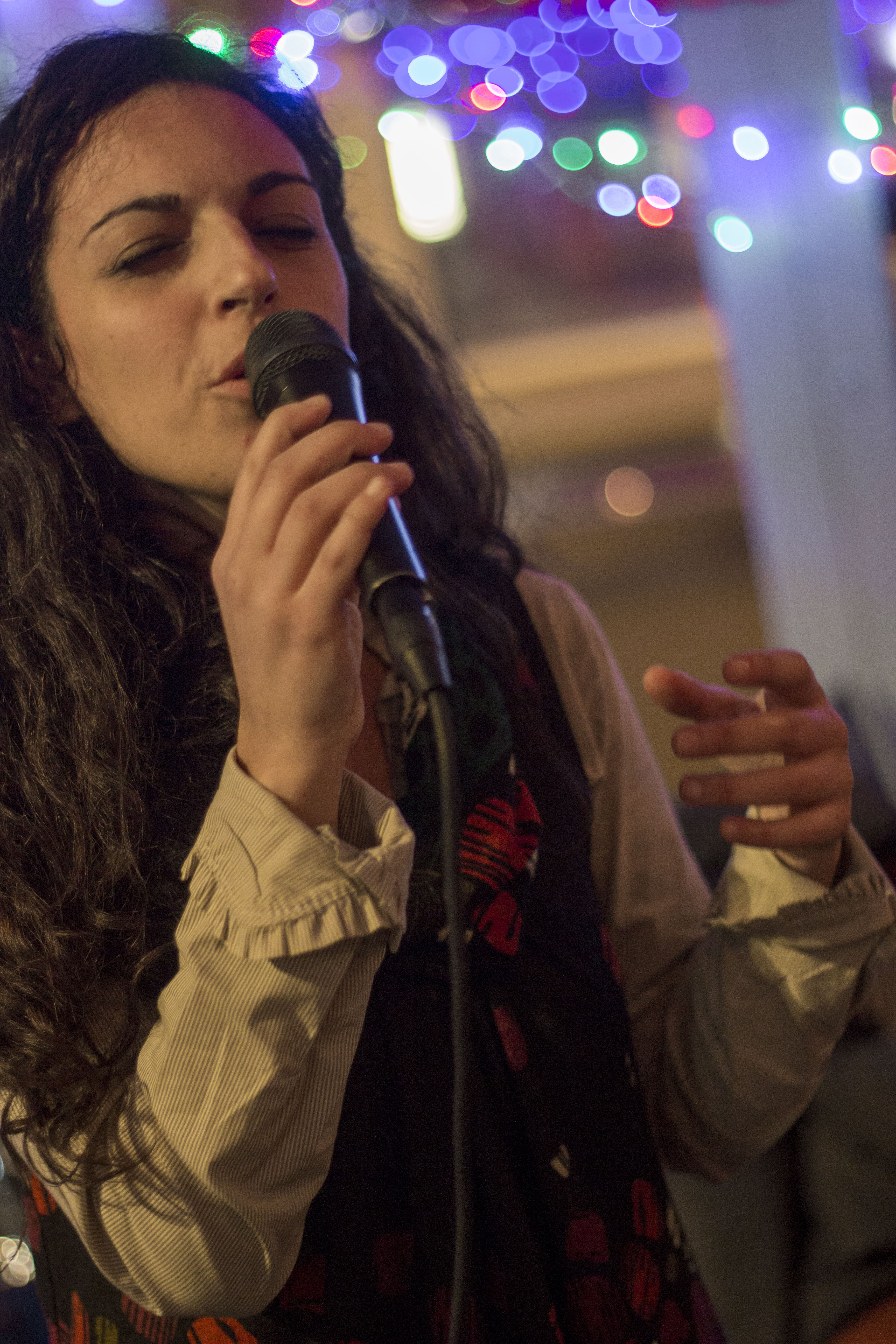 Luisa Tucciariello studied at Conservatorio “Nino Rota” in Monopoli (Italy), where she earned her Bachelors degree (2013) and her Masters degree (2015) in Jazz Singing under the guidance of Gianni Lenoci and Gianna Montecalvo. During this time she worked as part of the vocal duo “Black Fair Voices” with Dionisia Cassiano, whose first record of original music is soon to be released. In 2014 Luisa started a duo of improvised music with pianist Gianni Lenoci . As a solo artist she has developed projects “3 Lacy Songs” and “Mal Waldron Songs” with piano and vocals.

Currently Luisa lives in London where she works as a singing and piano teacher and collaborates with London International Gospel Choir and with Trio Novidade. She is active in the London jazz scene and also in the field of free improv, particularly with the duo with London based guitarist Michael De Souza. 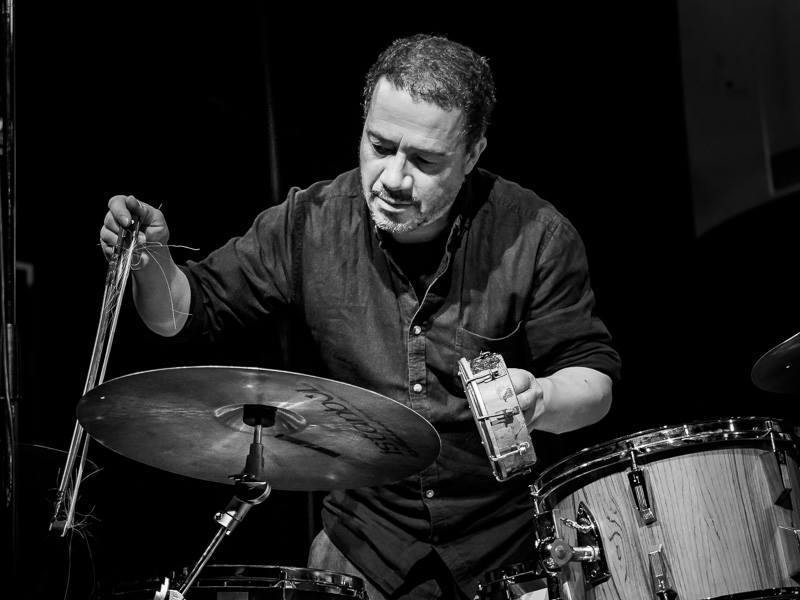 Mark has performed solo on many occasions, including at a Christian Marclay exhibition at The White Cube Gallery in London, at Evan Parker’s festival Unwhitstable, in Wroclaw, Poland at Solos Festival and at Hundred Years Gallery and Cafe Oto in London.

Working with Christian Marclay in his piece Everyday for film and live music, he performed in Aldeburgh, Ruhr Trienalle, Vienna Bienalle, Holland festival and London’s QEH and also collaborated with Marclay playing for the film Screenplay in London and Lisbon. 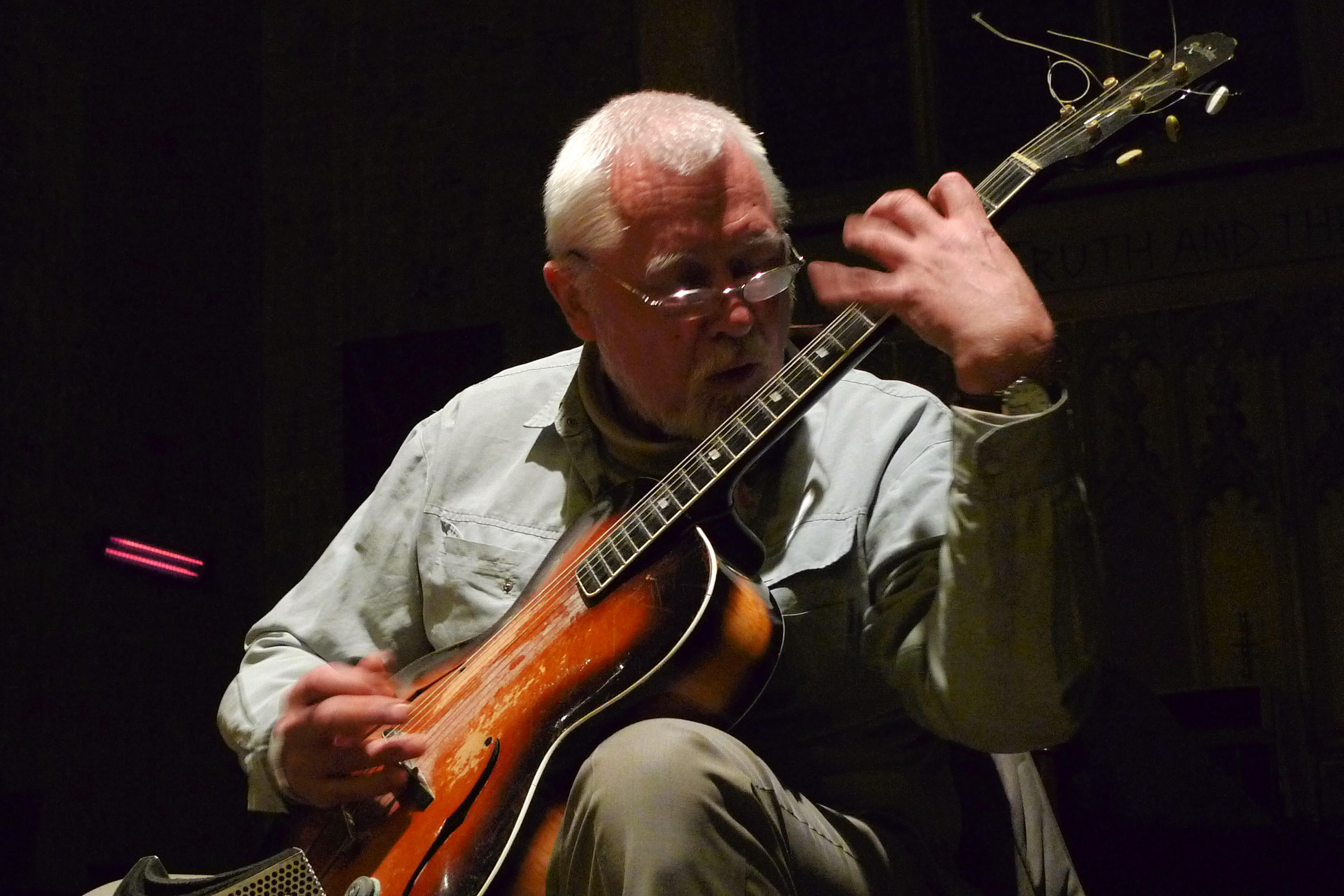 A leading figure in the UK improvised music scene, John Russell is internationally respected for his guitar playing and continuing work within the field. He initiated and is responsible for running Mopomoso which, apart from hosting the UK’s longest unbroken concert series of freely improvised music, also organises special events and workshops.

In 2016 he co-founded, with Dublin based pianist Paul G Smyth, the label Weekertoft specialising in high quality releases of improvised music.

‘He finds new tones in the same place, new relationships in the same gesture. A second trip across the fingerboard is always a different excursion. The harmonic is a transparent sound: silence and ambient sound pass through it. It accounts for Russell’s unhurried pace and his sense of order, even when he’s playing fast: there’s simply so much going on.’ Stuart Broomer – Point of Departure 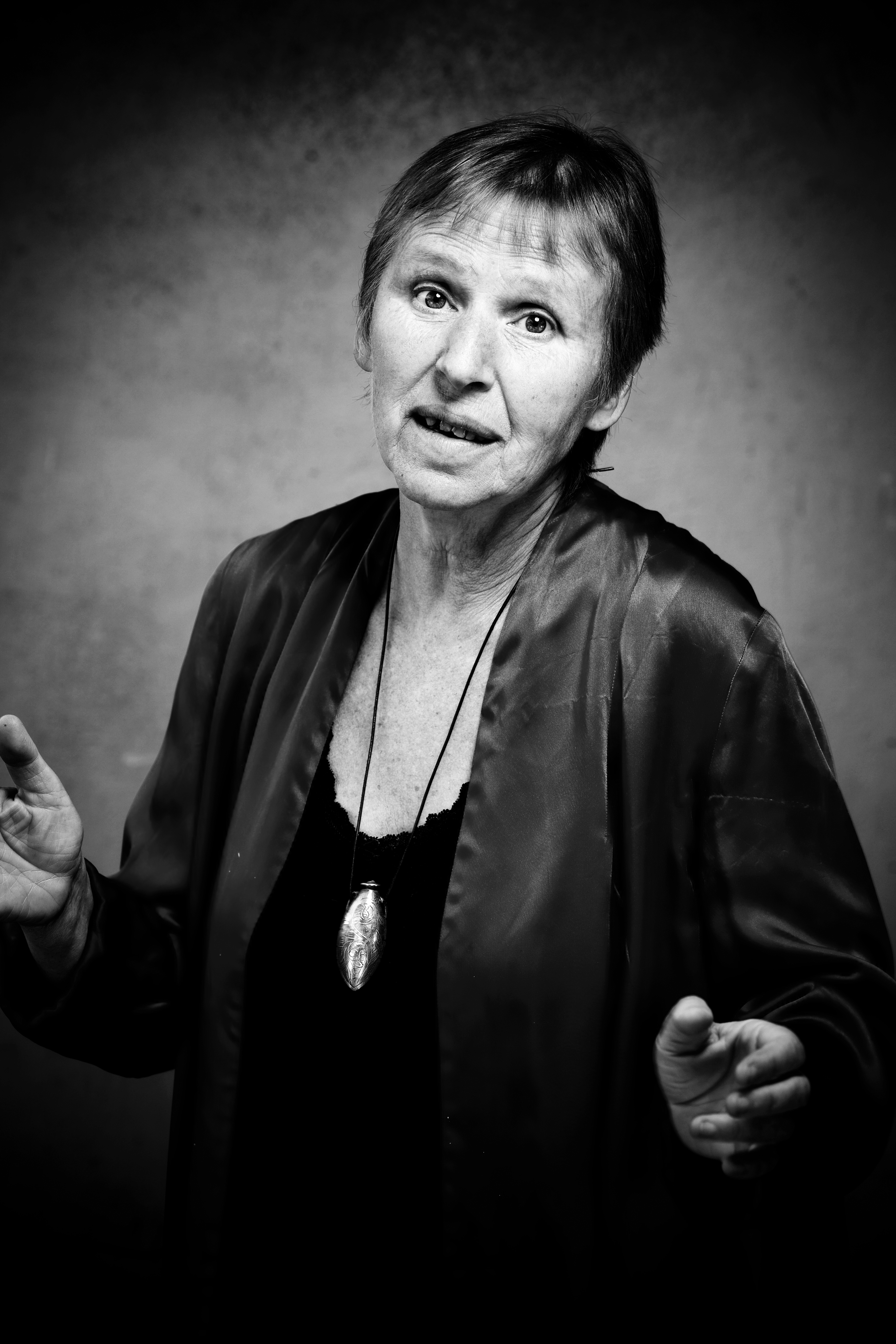 At fifteen Maggie Nicols left school and started to work as a dancer at the Windmill Theatre. Her first singing engagement was in a strip club in Manchester at the age of sixteen and around that time she became obsessed with jazz and sang with bebop pianist Dennis Rose. From then on she sang in pubs, clubs, hotels, and in dance bands with some of the finest jazz musicians around. In the midst of all this she worked abroad for a year as a dancer (including a six-month stint at the Moulin Rouge in Paris).

Maggie continues performing and recording challenging and beautiful work, in music and theatre, in collaborations with a range of artists (including Irene Schweitzer, Joelle Leandre, Ken Hyder, Charlotte Hug and Caroline Kraabel) as well as solo. 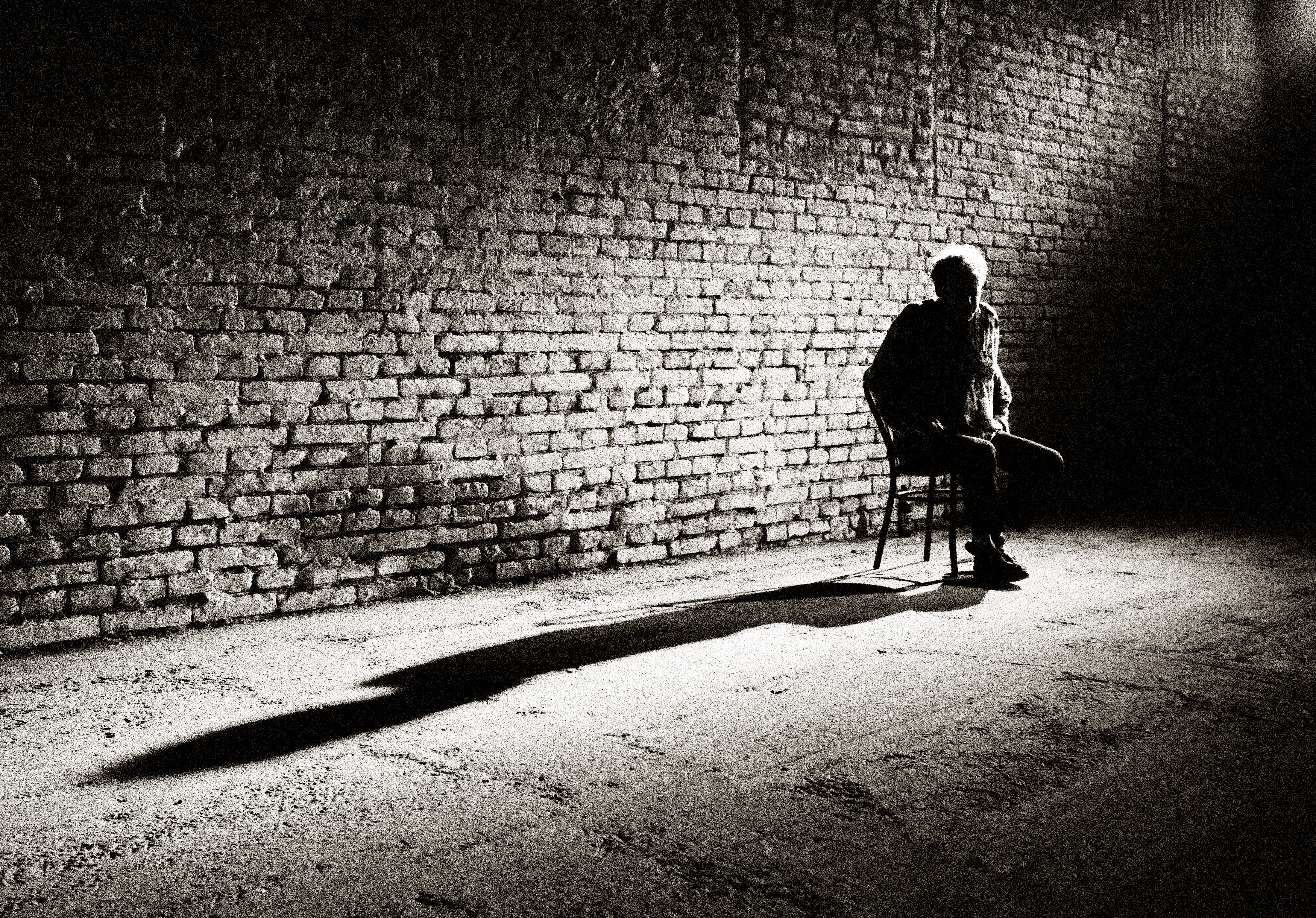 Phil Minton was born in Torquay in 1940. He played trumpet and sang with the Mike Westbrook Band in the early 60s, then in dance and rock bands in Europe for the later of part of the decade. He returned to England in 1971, rejoining Westbrook and was involved in many of his projects until the mid 1980′s.

For most of the last forty years, Minton has been working as a improvising singer in lots of groups, orchestras, and situations, all over the world. Numerous composers have written music especially to feature his extended vocal techniques. He has a quartet with Veryan Weston, Roger Turner and John Butcher, and ongoing duos, trios and quartets with above and many other musicians.

Since the eighties, Phil’s Feral Choir in which he voice-conducts workshops and concerts for anyone who wants to sing, has performed in over twenty countries. 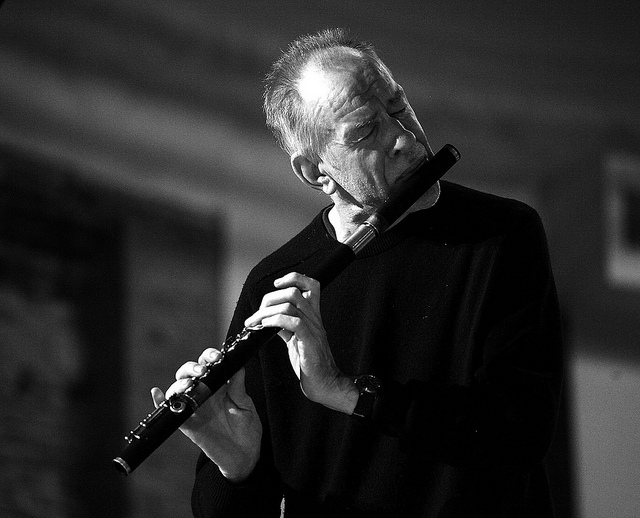 Neil Metcalfe studied flute with Stanley Gleave at the Welsh College of Music and Drama and later studied privately with Sebastian Bell whose playing style was a great influence. In Cardiff he played with local musicians and with visiting players such as Mike Osborne, the late John Taylor and Trevor Watts. A concert in Cardiff featuring Evan Parker, Tony Oxley and Barry Guy was a watershed moment and Neil decided to move to London where the action was in full swing at the London Musicians Collective. He later played with the John Stevens Quintet and the Spontaneous Music Ensemble, considered by many to be the flagship improvising group, with the likes of Roger Smith, John Butcher and Nigel Coombes.

Metcalfe can be heard on many FMR releases led by saxophonist Paul Dunmall. He can also be heard on two well-received recordings by the Transatlantic Art Ensemble led by Evan Parker and Roscoe Mitchell released with the ECM label; Boustrophedon and Composition/Improvisation Nos. 1, 2 & 3. 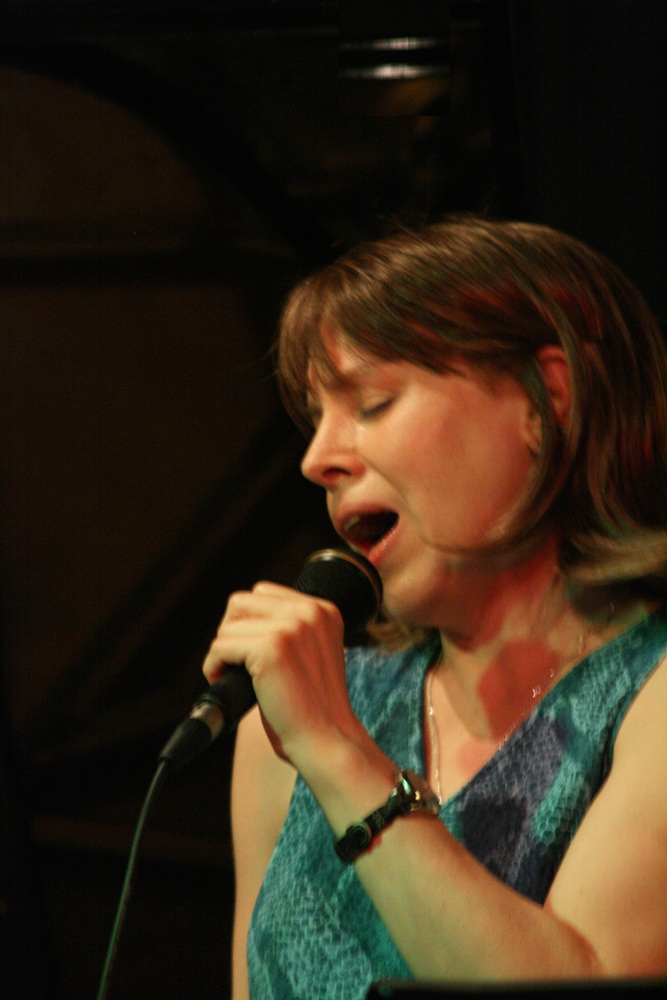 Kay Grant’s free improvisation is informed by a range of experience in jazz, classical, rock and pop. Using the voice as an instrumental component permeates her performance and underscores a commitment to the joy of ensemble playing. Marked by a bubbling stream of exploration and an open armed approach to genre, Grant’s music has travelled a fluid yet firm trajectory through vocal interpretation, improvisation and composition.

“There is something ethereal and beautiful about listening to Grant as she cuts loose; as if leaping off a proverbial cliff, she allows her voice to be led where the heart desires… with spectacular wit and the choicest of musical wisdom.” – All About Jazz 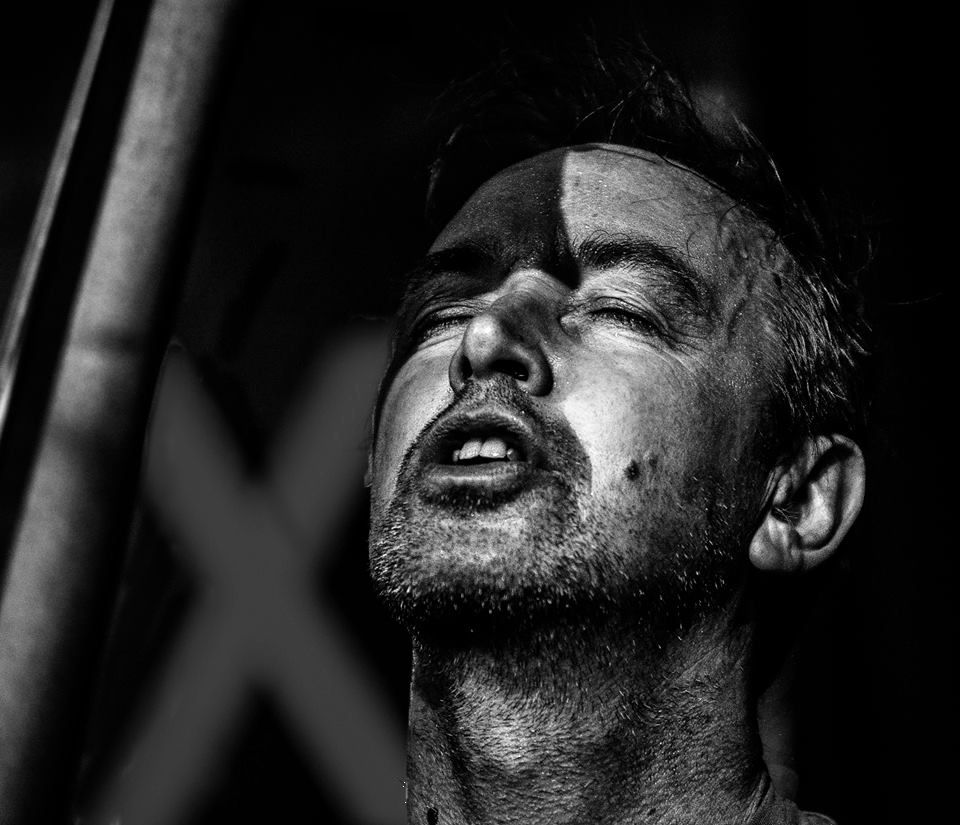 John Edwards has always been involved with a wide diversity of musical styles and situations. At home with composed and improvised music he is one of the busiest musicians on the scene. Edwards is involved in dozens of projects and groups, performing at major festivals throughout Europe as well as in Brazil, Mexico, US, Turkey, Canada and Russia. With the Stellari String Quartet he performed and gave master classes at the Luzerne Contemporary Music festival.

Probably best known for his work with Evan Parker, John Butcher, Peter Broetzmann, Roscoe Mitchell, Wadada Smith and Sonny Murray, John has been in groups such as God and B-shops for the Poor and continues today to collaborate with electro-accoustic composer John Wall, Robert Wyatt, Spring Heel Jack, FunDaMental and perform in groups with Mulatu Astatke, Louis Moholo, Marshall Allen, Ingrid Laubrock and Charles Hayward, to name but a few.

Within the world of contemporary dance Edwards worked extensively with Virgilio Sieni, The Cholmondeleys and Featherstonehaughs, collaborating also with many other artists including Mal Pelo and Fine Kwiatkowski. 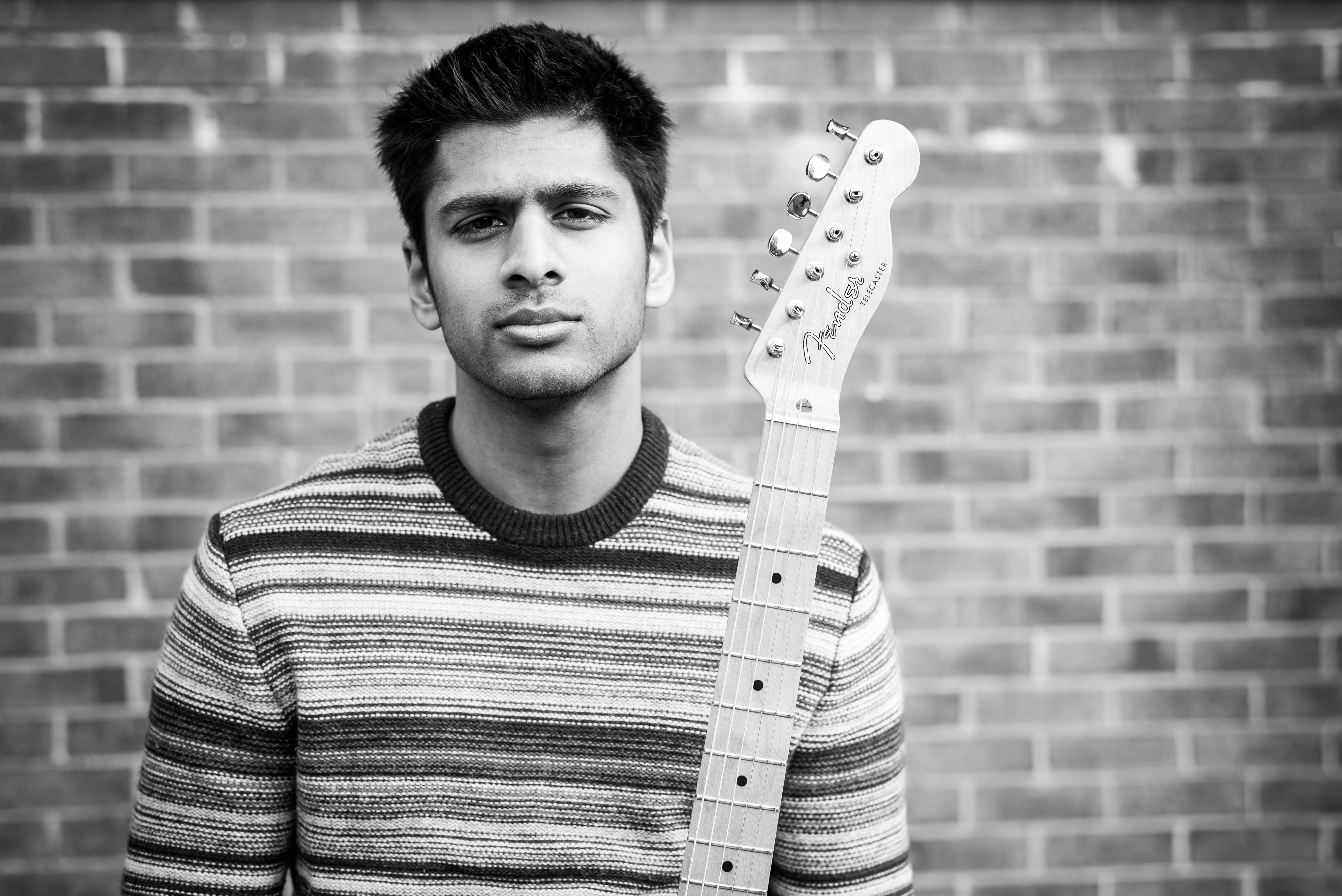 Michael De Souza is a versatile and in-demand jazz guitarist, as well as a prominent figure amongst the current wave of improvising musicians emerging from the London scene. Whilst studying at Royal Academy of Music, Michael was able to learn from, and perform with some leading international figures, including Dave Holland, Dave Douglas and Joe Locke. He has since gone on to write for and lead his own Quintet, co-found Rock-Jazz 4tet ‘Big Bad Wold’, and in September 2016, was selected to perform with renowned trumpet player, Terence Blanchard, for a short tour of the North of England.

As an improviser, Michael strives to combine his knowledge and technique from studying jazz, with an openness to new sound possibilities on the instrument, executed with a constant adaptability, and a feeling of broader composition throughout an improvisation. 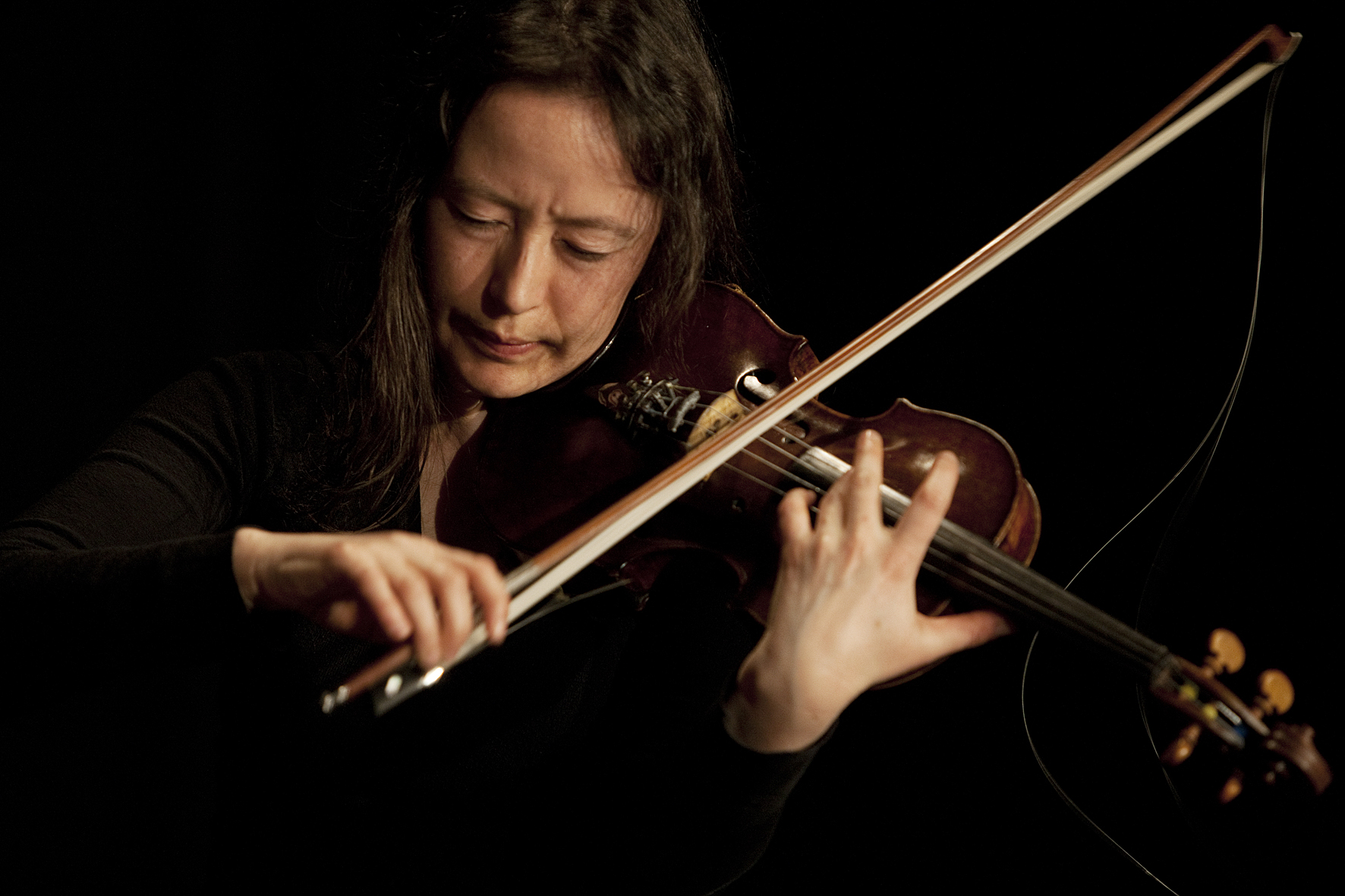 She is also a highly experienced workshop leader exploring music-making with people of all ages and abilities. Alison refuses to be pigeon-holed.